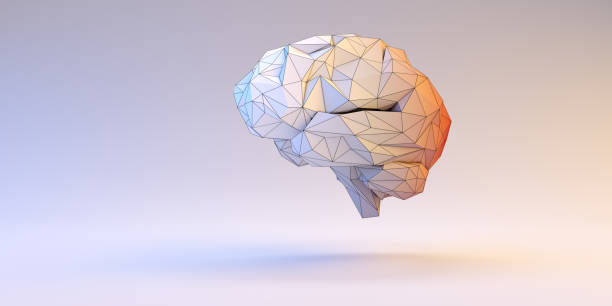 Even if the same information enters the brain, each person reacts differently. Also, even the same person can feel and react differently depending on their mood and physical condition. Such “diversity” occurs because there is a mechanism by which incoming information is “arranged” in the brain. We will explain the role of “synapses” that create diversity such as differences in personality, different ways of feeling, and changes in mental state.

Even if you listen to the same story, some people will be interested and others will get bored. The reason we feel so differently is because we have complex brains.In my university classes, I sometimes chat. Students get bored with difficult topics, so I insert familiar topics that seem a little unrelated but are familiar to me. At such times, some students agree that it’s really funny, while others don’t laugh at all.

The same information should be in the brain, but the reaction and the timing is each person. Even the same person may feel and react differently depending on their mood and physical condition at that time. Why do we feel this differently? The answer is in our brain. This time, from the perspective of brain science, let’s consider why there is such a complex diversity in our personalities and how we feel.

All external stimuli, including listening, are transmitted to the brain through the neural network within us. The methods by which information is transmitted can be broadly divided into two types:

■Method of transmission by electrical signal
One is a mechanism in which an electrical signal is generated on the nerve axon and transmitted. It travels continuously, consistently, accurately, and at very high speeds over long distances.

■Methods
of transmission through synapses The other mechanism is that neurotransmitters are released at synapses, which are small gaps between nerve cells, and are received by receptors. . Signals travel slower than electrical signals, and neurotransmitters diffuse through fluids, so they are not always accurate.

By the way, although the word “transmit” is the same, the electrical signal on the axon is called “conduction”, and the conversation at the synapse is called “transmission”.

However, when you think about it again, why are you doing such a troublesome thing as dividing it into two stages? Furthermore, synaptic transmission is imprecise. If you want to transmit signals accurately, you might think that all the nerve cells in the brain are directly connected like an electric circuit, and that it is enough for the electric signal to be transmitted over the nerve fibers. Why are mechanisms such as synapses provided?

Accurate electrical signal alone is not enough? The real thrill of the complex brain

Imagine that all the nerve cells in the brain are directly attached to each other, and information is transmitted only by electrical signals. In that case, the information that enters the brain is accurately transmitted while passing the baton to a large number of nerve cells. The signal that eventually leaves the brain is the same as when it came in. Using a telephone game analogy, what the first person said is exactly the same as what the last person heard. In short, it’s just parroting. Accuracy is good, but if the information that enters the brain just goes out as it is, there is no need for many neurons to pass the baton while communicating.

The reason we have such a complex brain lies in the slightly imprecise “synapses”.

The diversity of feelings that I mentioned at the beginning is due to the fact that there is a mechanism for gradually arranging the incoming information. It may be said that synapses are useful at that time.

Our “voices” and “speaking styles” vary. There are loud voices and soft voices, high-pitched voices and harsh voices, and there are voices that are full of emotion with intonation, and there are people who are calm and easy to understand. In the case of synapses, molecules collectively known as “neurotransmitters” play the role of this voice.

And just like the actual voice, there are many types of neurotransmitters that are released at synapses, and the amount and time of release change depending on the situation.

Inhibitory neurotransmitters, on the other hand, suppress the activity of the other person when they are transmitted. Equivalent to car brakes. Specifically, GABA (read as GABA, an abbreviation for γ-aminobutyric acid) and glycine are applicable.

There are dozens of other neurotransmitters such as dopamine, norepinephrine, and serotonin, each of which has different functions in different parts of the brain depending on the situation.

In addition, synapses have receptors on the receiving side as structures that play a role like “ears” that catch neurotransmitters and discern the information. And there are multiple types of receptors that catch the same neurotransmitter, and they may respond differently.

For example, five types of receptors, D1, D2, D3, D4, and D5, are known to bind to the neurotransmitter dopamine, and excitatory responses occur when the D1 or D5 receptor receives them. However, when it is received by D2-D4 receptors, an inhibitory response occurs. It’s similar to when someone hears the same story, and some people think it’s good and some people don’t like it. Therefore, even at synapses where dopamine is released in the same way, the way information is transmitted changes depending on what kind of receptors are prepared on the receiving side.

The fun of further diversification through combinations

For example, as shown in the figure below, when an excitatory neuron (A) and an inhibitory neuron (B) are doubly arranged in front of a certain neuron (C), the signal from A and Depending on which of the signals from B is dominant, the reaction of the receiver C will change. It’s like when you step on the accelerator and brake of a car at the same time, which one is stronger will speed up or slow down.

When excitatory and inhibitory signals enter the same cell (original diagram created by the guide)With only excitatory neurons, the signals emitted from them excite the other party. However, as shown in the figure below, if an inhibitory neuron (D) is placed in front of an excitatory neuron (E), the activation of D will put a brake on E. 3 nerve cells (F) will be suppressed in activity.

An infinite number of such combinations are prepared in the neural network in the brain. I hope you can see just how important the synapse mechanism, which at first glance seems to be troublesome, plays an important role.

Each person has a different personality, the same person feels differently depending on the day, and an illness can cause mental instability.

PreviousFunctions of the brainstem……The structure and function of the brainstem, which is essential for sustaining life
NextIs the effect of anesthesia the same as that of pufferfish poisoning? Mechanism that paralyzes electrical signals in the body