Home >> Health >> Differences and boundaries between messing around and bullying

Differences and boundaries between messing around and bullying 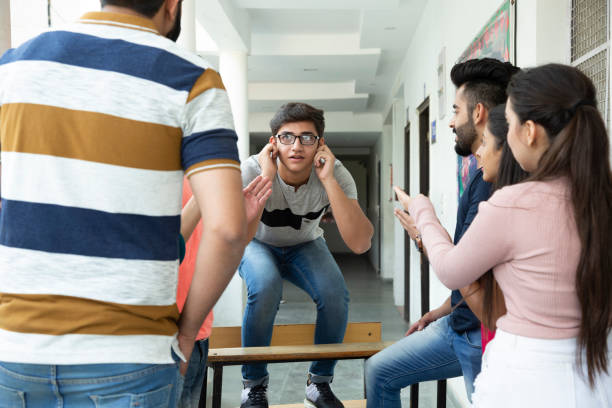 “Bullying” and “fiddling” are different words, but the essence is the same. Obvious aggression is low, and teasing someone in a joking manner causes the recipient the same strong stress as bullying. We will explain the causes of “tampered characters” among friends, the deepest feelings of those who are being teased and those who are being teased, and how to get rid of “tampered characters”.

Insults, ridiculing, and ostracizing with harsh words are regarded as “bullying” and are strictly restricted as “what not to do”. On the other hand, “tampering”, which is light teasing that does not show aggression, is not taken as seriously as bullying and is often neglected.

However, if only a certain child is teased among his peers and that child becomes a source of laughter, there is a possibility that he is being “tampered with. “

Teasing and making fun of someone can give the teasers a sense of superiority. The person himself often does it unconsciously, thinking that he is just joking.

Also, by playing the role of the “teased character,” the person being teased can show a certain presence as an “interesting child” among their peers. However, in my heart, I have anxiety that “If I stop playing this character, people won’t even look at me.”

Read Also: Why do you bully me? The reason why bullies never go away

Are you holding back the feeling of wanting to escape from being a “tampered character”?

If you continue to have the stress of being teased, it may become difficult to go to school.If you continue to play the role of a bullied character while suppressing your anxiety, stress may accumulate without you realizing it, and it may have a strong effect on your mind, body, and behavior.

You may lose your appetite, sleep lightly, and your physical condition may deteriorate, making it difficult for you to go to school. You may want to hurt yourself or take out your frustration on your family. You may find it difficult to concentrate on your studies and become restless.

That’s why it’s important to convey your feelings if you feel even a little “uncomfortable” or “I want you to stop.” It takes a lot of courage to express your honest feelings. However, if you keep doing things that hurt your pride, you will lose your self-esteem.

Bullying! “Tampering” is also one of “bullying”

There is a possibility that Therefore, it may be that he laughs while being teased, and laughs even more with self-deprecating jokes. However, if you are constantly being teased, the wounds in your heart will deepen.

Therefore, people around you need to understand that just because the person being bullied is smiling doesn’t mean they are happy .

How to escape from a character being bullied…Be able to say “NO” to yourself!

What do you need to do to express your true feelings?Friendship should be fair. Therefore, there is no obligation to keep playing a certain character out of concern for your companions. If you feel that you can be friends as long as you put up with yourself, the relationship is no longer fair.

If you think you may be forcing yourself to play a character that doesn’t suit you, talk to a trusted adult, such as a parent, teacher, or counselor . Then you will be able to realize your true feelings, and you may be able to think carefully about how to communicate your feelings to your peers.

If you don’t express your feelings, the person messing with you will assume that “the other person is also happy,” and the messing around will escalate further. By listening to the feelings of “I’m uncomfortable” and “I want you to stop”, my colleagues can look back and reflect on their actions. Consider when to express your feelings with a trusted adult.

The group is not the only place to be. have several bases of activity

One group is not your “home”. There are many places where you can be yourselfIt is also important to have multiple places where you can spend time with peace of mind without having to act as a “tampered character” and where you can interact with people other than your friends. Let’s increase the number of places where we can enjoy talking about topics that interest us, such as studies, hobbies, and volunteering.

Companionship is supposed to be fair. It would be better to reduce the amount of interaction with friends who have the role of being bullied, and actively seek places where you can be yourself and where you can connect with people through fun conversations.

PreviousWhy do you bully me? The reason why bullies never go away
NextWhy love turns into hate… What is the catastrophe of love?