Home >> Health >> Depression from the perspective of brain science: what happens in the depressed brain

Depression from the perspective of brain science: what happens in the depressed brain 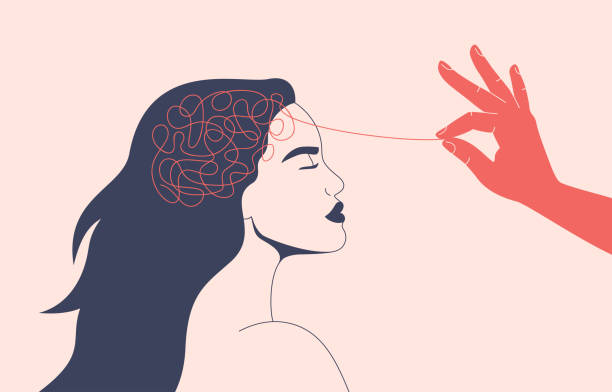 Depression is characterized by a state of feeling depressed for no reason. It is induced by various factors, but ultimately it can be said that it is a medical condition in which abnormalities of neurotransmitters and receptors in synapses in the brain have occurred. Drug therapy is effective for treatment. Neuroscientific explanation of the causes of depression.

There are many different symptoms of depression, but the most common ones are:

In addition to the four major symptoms, there are other symptoms such as:

Read Also: There is no such thing as a “brain hormone”! Difference Between Neurotransmitters and Hormones

The difference between “depressed mood” and “melancholy” … the depression in depression

Of these, “depressed mood”, which is the main symptom, may be interpreted by many people as “a state of being worried or depressed due to unpleasant or painful things”, but that is incorrect. .

When we fail or experience bad things, we get shocked and depressed. This is what we call “depression.” Feeling depressed after a bad experience is a natural reaction, and it would be strange if it didn’t happen. Being depressed isn’t necessarily a bad thing, as it means your mind and body are responding properly. And most of the time, you forget about it, or you feel better about something else, and if it goes away, there’s nothing wrong with it.

Depressed people are actually in a depressed state for “no reason”. Of course, there are times when unpleasant events are triggered, but if everything is resolved and it’s normal, you should be able to say, “Oh, that’s good.” The “depressed mood” in depression is that the depressed state continues for a long time, even though it does not remain.

Feelings of self-blame seen in depression: blaming yourself with false beliefs

The biggest problem with depression is that it can lead to suicide. Underlying this is the “micro-delusion” mentioned above. The person is not bothering anyone, and there is no fact that he or she is actually unemployed or has a serious illness, but by making the assumption (delusion) that it will be. , It may lead to a sad ending of blaming yourself and taking your own life.

Many people may try to encourage the depressed person or recommend a change of pace, but be aware that this does not solve the problem and may actually make it worse. The word “Let’s do our best” puts further pressure on the person who has worked hard until then. Also, after going to karaoke or traveling and having fun, you may feel lonely (feeling that you are no longer having fun). Some people become depressed and commit suicide immediately after I recommend it.

Some people say, “If you think about your family and surroundings, you can’t commit suicide,” but that is a normal way of thinking. Depressed people need to understand that they may have made this choice for the sake of those around them, based on the delusion that they are causing trouble for those around them.

Recognizing that depression is a disease of the brain, it requires a proper medical response to resolve. It should be explained to the people around them that, just like any other disease, drug treatment will definitely alleviate the disease, and consideration should be given to actively working on drug treatment.

Abnormalities in neurotransmitters in the depressed brain

Whatever the cause, what’s going on inside your brain when you finally develop depression? The key to unraveling the mechanism was obtained from drug research.

In India, the roots of the Apocynaceae plant Rauwolfia serpentina have been used since ancient times to treat mental illness, insomnia and confusion. In 1952 German researchers isolated the active ingredient and named it reserpine. Afterwards, reserpine was found to have not only a psychodepressant effect but also a blood pressure-lowering effect, and it came to be used as a therapeutic agent for psychosis and hypertension. However, this reserpine had significant side effects. Continuing to use it can lead to depression and even suicide. As a result of detailed research on the pharmacological action of reserpine, it was found that it reduces the amount of neurotransmitters collectively known as the so-called “monoamine system” such as noradrenaline and serotonin in the brain.

On the other hand, in the early 1950s, Swiss researchers discovered the drug imipramine, which was found to have psychoactive effects. In 1956, when it was used in patients with depression, its antidepressant effect was confirmed, and it was commercialized as the first antidepressant that was accidentally discovered. It was released in Japan in 1959 and is still in use today. At first, I didn’t understand why it worked, but later detailed pharmacological studies revealed that imipramine has the effect of increasing the amount of noradrenaline and serotonin at synapses in the brain.

Combined with these facts, it is thought that depression occurs when noradrenaline and serotonin do not work at synapses in the brain. This is the “monoamine hypothesis”. This hypothesis has not been completely proven, but at least it can be said to be undeniable proof that the numerous therapeutic agents created based on this hypothesis are actually saving patients.

It’s not a problem if you get depressed sometimes, but if you get too much stress and your norepinephrine and serotonin keep working, your brain will start to change.

Think of norepinephrine and serotonin as words of encouragement to “do your best,” and that you are the one doing the voices. It’s fine to reach out once in a while, but what if you have to do the same thing over and over again? Yes, you get tired and you don’t want to speak. Conversely, think of yourself as the person being called. In the same situation, what would happen if the other person kept telling you to “do your best” over and over again? Yes, you don’t want to hear the same thing. When excessive stress continues, the same thing is probably happening in the brain. Depression is a state in which the secretion of noradrenaline and serotonin is reduced, and the function of the receptors that receive these signals is also reduced.

PreviousThere is no such thing as a “brain hormone”! Difference Between Neurotransmitters and Hormones
NextWhat is the identity of appetite and satiety? A diet method that is easy to succeed neuroscientifically