Bad for your health! Dangerous way to sleep on a tropical night/summer NG good sleep 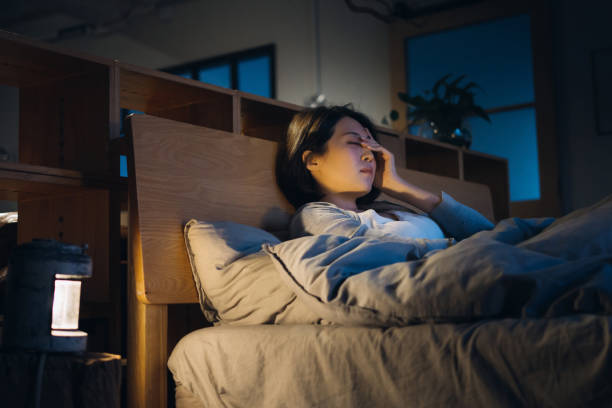 Summer fatigue season when it’s easy to get tired from the heat. It is important to get a good night’s sleep and recover your physical strength even on a hot tropical night. And if you are doing the wrong sleep method for your health, be careful. Do you sleep with the air conditioner turned off or use a stationary fan? I will explain the NG example of the tropical night sleep method and the tips and points of the correct sleep method.

What are the tips for sleeping on a tropical night to prevent summer fatigue and poor physical condition?

Hot and humid tropical nights are hard to sleep and difficult to get a good night’s sleep. There are probably more than a few people who can’t get rid of their tiredness during the daytime and end up feeling exhausted in the summer.

There are various devices for a good night’s sleep, but there is a “summer mistake” that many people do unexpectedly. If you sleep with the air conditioner turned off for health reasons, use a stationary fan, or are careful about drinking too much water, you need to be careful. I will explain the tips for a good sound sleep in the middle of summer, which is good for your health.

Read Also: Even those who die in their sleep… Measures against heat stroke at night to protect lives

“Sleep with the air conditioner off” lowers the quality of sleep

Some people say that they sleep with the air conditioner turned off for the sake of their health, but this is wrong. The correct answer is to leave it on for at least 3 hours after you go to sleep.

In the case of tropical nights, leaving the air conditioner on all night creates an ideal temperature and humidity environment for a good night’s sleep. Keep

the room temperature below 26 degrees and the humidity around 50% .

The sensible temperature is affected not only by the air temperature, but also by the temperature of the walls, ceiling and floor of the bedroom. To keep your bedroom at the optimum temperature, turn on the AC about 30 minutes before you go to sleep.

For those who think, “I don’t want to leave the air conditioner on all night from the economic and power saving point of view,” we recommend that you turn on the air conditioner about three hours after you sleep and about 30 minutes to an hour before you wake up. It is recommended to set so that

In the first half of sleep, there is a lot of brain sleep called ” non- REM sleep “. In particular, deep non-REM sleep is concentrated for about three hours after falling asleep, and plays an important role in resting the brain. Therefore, you should use the air conditioner firmly for three hours after sleeping to keep the bedroom at the ideal temperature and humidity.

On summer mornings, you may wake up earlier than you planned due to the heat. If this is repeated, lack of sleep will exhaust your physical strength. If you cool your bedroom a little before you wake up, you can wake up refreshed even on a tropical night. Therefore, set the air conditioner to turn on 30 minutes to an hour before waking up.

If you only use the air conditioner for a while after you fall asleep or before you wake up, either, it’s healthier to leave it on only when you’re asleep. Because it will help you sleep better. Before we wake up, we spend more time in REM sleep

, where we dream and rest our bodies . During REM sleep, the brain is more active, making it easier for you to regulate your body temperature compared to non-REM sleep. Also, looking at the rhythm of body temperature, it is easier to wake up when the temperature rises gradually in the early morning. In addition, if you sweat a lot in the first half of your sleep, the cold air from the air conditioner will cool it down, causing your body temperature to drop too much, resulting in poor sleep quality and making you more likely to catch a cold. So, if it’s either the beginning or the end of sleep, it’s better to use the air conditioner at the beginning of sleep.

“Using the fan as it is” causes cramps and fatigue

If you are using the fan as it is fixed as it is, be sure to use the “oscillation function”.

Fans consume about 1/20 less power than air conditioners. Even if the room temperature is the same, if the wind blows at 1 meter per second, the sensible temperature will drop by 1 degree. Therefore, it is necessary to use fans skillfully to save electricity on tropical nights.

Most fans have a “swing function”. Let’s use this swing function properly when sleeping. If you use the fan without swinging it, the air will hit only one part of your body, making you too cold. If your muscles are too cold, you may experience cramps and cramps during the night, or feel tired and lethargic after waking up.

If you’re using a fan that doesn’t allow you to swing your head, try to blow a gentle breeze only on your head. One of the purposes of sleep is to cool down the brain. Therefore, it makes sense to cool the brain through the skin of the head. Experiments have shown that intensive cooling of the head can improve sleep.

Even if you blow air against your body while swinging the head of the fan, the air will hit only one side of your body, which may result in uneven cooling.

Ideally, if you don’t blow the air directly on your body, but send it over your body and stir the air, you will reduce the burden on your body. At first, it feels unsatisfactory, but after a while, you should be able to feel the wind, albeit weak. Recently, there are fans that can swing not only left and right, but also up and down, so please make full use of this function.

Using a timer is also important. Please set the fan so that it is spinning for 3 hours after you fall asleep. Some recent fans can be switched on again after the power has been turned off. If you can use this, set the fan to run 3 hours after you fall asleep and 30 minutes to 1 hour before you wake up, and you will feel refreshed when you wake up.

Some people avoid drinking water before bed because they don’t want to go to the bathroom in the middle of the night or sweat too much while sleeping, but this can be very dangerous. Make sure you drink at least 500ml of water an hour before bed.

According to the Ministry of Health, Labor and Welfare, the number of deaths due to heat stroke in 2020 reached 1,528 nationwide. Symptoms of heat stroke appear mainly during hot days, but the preparatory stage begins during sleep.

Heat stroke occurs when you sweat profusely in a hot and humid environment, causing your body to lose water and salt. I sweat even when I sleep. Even if you don’t realize you’re sweating, you sweat about a cup a night. On tropical nights, it is not uncommon to sweat 500 to 1,000 milliliters per night.

After losing this much water and salt, sweating more on a hot day can make you more susceptible to heatstroke. Also, the blood is thicker in the early morning, which increases the risk of heart attack and stroke.

The most important way to prevent heat stroke is to replenish the water and salt that you have lost through sweat. Even better, pre-replace some of the water and salt you’re likely to lose before you start sweating. It’s not realistic to get up frequently and rehydrate during sleep, so it’s a good idea to drink an extra 500ml of water about an hour before you go to sleep.

However, drinking large amounts of water just before going to bed will cause you to wake up more often to go to the bathroom. Start rehydrating slowly in the evening and just before you go to sleep.

PreviousEven those who die in their sleep… Measures against heat stroke at night to protect lives
NextIs it true that “a sleeping child grows up”? Reason and Basis