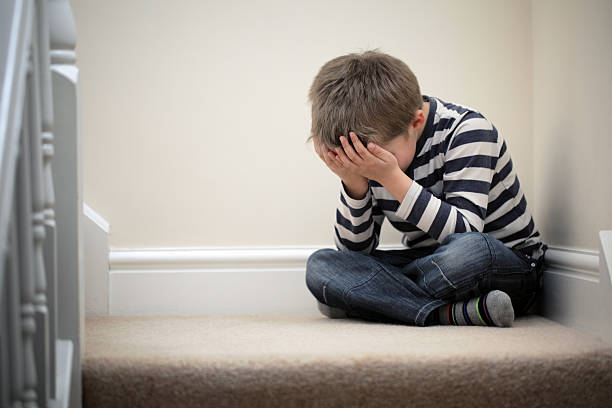 There are various causes of children’s irritation, but they can also be caused by unpleasant feelings about relationships, school, and home. We will explain NG words that you should not say to an irritated child, what to do when you accidentally say it, and how to treat your child so that the relationship between parents and children does not deteriorate.

When a child is frustrated, parents are confused about how to treat them. Children can be easily frustrated, especially when they have the following challenges:

・I feel uncomfortable at home,
I can’t keep her privacy, my family interferes a lot, I don’t get along with my family, etc.

There is also an age when children are more likely to get irritated. Three typical ages are:

1. The first rebellious stage (around 3 years old)
The age at which the child’s autonomy grows. You want to do what you want, but when you can’t, you get conflicted and easily frustrated.

2. Second rebellious period (puberty) The
age at which children grow into adults. Because they want to act on their own ideas without being instructed by adults, they take out their frustration on their parents.

3. Examination period
You may be unsure of which path to take, or be impatient and anxious about whether or not you will be able to get into the school of your choice. If you pay too much attention to how you study, your grades, or your attitude, you will react strongly.

It has the opposite effect on children’s frustration! NG words that should not be said

A casual remark can confuse and irritate an irritated child. Think about how your child feels when a parent tells them:

“Don’t be so frustrated!”
Anger is a natural emotion that can’t be stopped by saying “Don’t be frustrated.” If you force it to stop, it will confuse you, and on the contrary, it will increase your frustration. “How dare you treat your parents like that?” However, if you deny it, you will not be able to understand the pain, and your repulsion will be further fueled. “If you take such an attitude, I will not listen to you in the future . ” I feel the same way about words such as “I won’t cook for you anymore” or “I’ll leave it here and go home first.” “It’s my fault that it happened.” “Before you complain, do what you need to do.” “Can’t you even complain?”

What are the feelings of children who are frustrated and rebellious? If denied, conversation refusal and lies…

Children want their parents to trust them and understand their feelings, even if they seem rebellious. If the child is trying to convey something even though he/she opposes it, it may be that he/she is expecting to find some hints from communication with the parent.

However, if you are told the above (NG words) over and over again, it will be painful and you will get tired of even talking to your parents. You may learn to lie or cheat to avoid unnecessary reprimands.

Therefore, when your child is irritated, do not deny the attitude. It is necessary to perceive that “I have feelings that I can not help myself”, depending on the feeling.

If you accidentally said something like the above (NG word), apologize honestly by saying, “I’m sorry. I said too much.” Anyone can make a mistake, but when you notice it, even if the other person is a child, you should correct it. Isn’t this also important in the sense of showing correct behavior as a person?

Getting irritated is something that happens to everyone. Children must have been able to express their honest feelings precisely because they are parents. Share your feelings and thank yourself for the pain. If you don’t do that, your child won’t be able to understand if you reprimand or order.

If you try to force your child to do what you say, even if the child seems to obey on the surface, deep inside he will feel hatred towards the parent. Then, as they grow up, they may become distant.

Parents themselves must be frustrated in their daily lives. If the child does not say anything at such times, the child may be careful not to arouse their emotions.

Both of you are frustrated. When a child is frustrated, it is a good idea to think about what emotions lie behind their anger and what they are looking for when interacting with them.

PreviousImportant mental care after menopause… What will change after menopause?
NextHusband and wife, parent and child, mother-in-law…the secret to a harmonious family is a relationship with boundaries