Home >> Health >> Children who are obsessed with stuffed toys and towels

Children who are obsessed with stuffed toys and towels 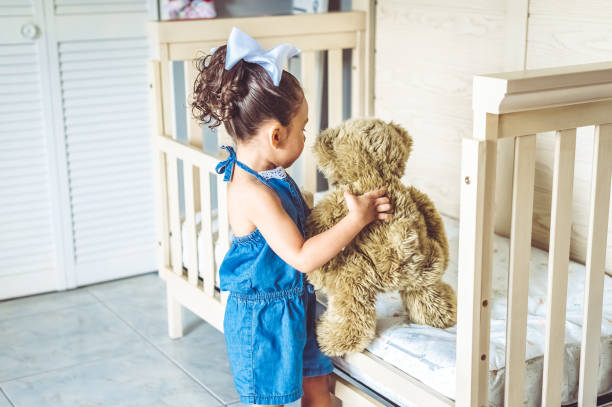 Children may always hug a specific towel or stuffed animal, such as being unable to sleep without a towel and will not let go even if it is worn out. In developmental psychology, this is a very important sign of mental growth. They are trying to become independent from their parents by relying on towels and stuffed animals as emotional support. Don’t think, “It’s dirty and I should throw it away.” I will explain the psychology of young children who can not let go of towels and stuffed animals even for a moment and how to deal with them.

Can’t sleep without a towel… What is the psychology of children who are obsessed with specific towels and stuffed animals?

We often see young children carrying their favorite towels and stuffed animals with them. They’re always together when they sleep, and they look like they’re in tatters. Even if you give them new things, they won’t pay attention to them. Many of you may be wondering, “Why are you so obsessed with this?”

A young child calls a favorite object that they are particular about as a “transition object”. Attachment to a transitional object is a phenomenon that can be seen in the transition period when a child adapts from the “world alone” with the mother to the “outside world” away from the mother.

Therefore, there are many things that can be used to convey the comfort and smell of mothers, and towels and stuffed animals that are used every day are easy to choose.

Read Also: Why love turns into hate… What is the catastrophe of love?

Linus, a philosophical and cool boy, is one of the characters in the popular American cartoon “Peanuts” known for Snoopy. The blanket he always carries with him is exactly the subject of this transition. “Linus Blanket” is called ” Security Blanket “.

Linus is always exhausted, having been poked by his grumpy older sister Lucy and having a crush on him from the reasoning Sally… Linus’ blanket relieves tension in the “outside world” and gives him the comfort of his mother. Children who always carry towels and stuffed animals with them must have the same feeling as this Linus-kun.

The child gradually adapts to the outside world while playing with the “transition object” in the “middle point” between the “world alone” with the mother and the “outside world” away from the mother. increase.

What children experience in the “world alone” with their mother is a safe and secure world protected by their mother. However, as we step into the “outside world” as we grow, our anxiety about losing our previous safety and security grows stronger. Therefore, they are trying to relieve their anxiety by using the transition target as a source of peace of mind instead of the mother.

You don’t have to force yourself to graduate! Let your mother be your “safe base”

So how should we deal with these children? Ultimately, it’s best to let your child do as they please. Never take up the migration target. As your interaction with the outside world increases, your attachment to the transitional object will naturally fade. If you try to take it away, the child will become attached to it and will not be able to let it go.

Again, young children adjust to the “outside world” through “the world alone” with their mothers, “intermediate points” where they play with transitional subjects. Mothers should gently watch over their children’s growth and become a place where they can always come back if they feel uneasy, in other words, a “safe base”.

PreviousWhy love turns into hate… What is the catastrophe of love?
NextMental age so low, 5 ways to increase your mental age