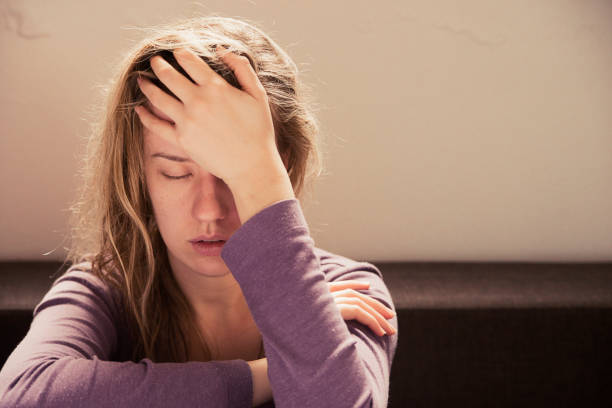 Ramsay Hunt syndrome is one of the diseases that causes facial paralysis. A form of shingles caused by a virus, it can occur in people of any age who have had chickenpox. In addition to facial paralysis, we will explain in an easy-to-understand manner the reasons why symptoms such as dizziness and herpes zoster around the ears occur, treatment methods, and most importantly, prevention methods.

Ramsay Hunt Syndrome is a disease that causes facial paralysis.

The facial expressions that we use to express our emotions are created by moving more than 30 types of “facial muscles” on each side of the face and neck. The “facial nerve” controls the movements of facial muscles. The fibers of the facial nerve originate from a part of the brainstem in the brain, exit through a hole in the skull just below the ear, and branch out to reach the muscles of facial expression throughout the head and neck. I’m here. The facial nerve is also called the 7th cranial nerve.

There are many diseases that cause facial nerve palsy, but one of them is “Ramsay Hunt Syndrome”, which accounts for about 10% of all cases.

Read Also: Where are the boundaries of the wrinkled brain? Understanding wrinkles and regions of the cerebral cortex

Cause of Ramsay Hunt Syndrome, a form of shingles caused by a virus

Everyone is vaguely familiar with the diseases “chickenpox” and “herpes zoster”, and Ramsay Hunt syndrome is one of them. It is caused by infection with the varicella zoster virus (VZV for short).

When I was a young child, I was infected with VZV for the first time. In healthy children, the blisters that develop over the body over time turn into scabs, acquire immunity to VZV, and the symptoms subside naturally.

However, once infected with VZV, even if the symptoms appear to be completely cured, some VZV remains hidden in ganglia and other parts of the body. If you can maintain a healthy and strong immune system, this VZV will stay hidden for the rest of your life, but when your immune system weakens due to poor health, fatigue, stress, etc. as an adult, This latent virus is reactivated at the right time, and “herpes zoster” is a painful red rash and blisters in a band.

Also, I think there are people who are worried about “Is it contagious around me?” VZV is highly contagious and can be airborne, so if you are close to someone who has Ramsay Hunt syndrome, a type of herpes zoster, you could in principle be infected with VZV. This is especially important for those with weakened immune systems. However, if you have had chickenpox in the past or have been vaccinated against VZV, there is no need to worry.

The hallmark symptoms of Ramsay Hunt syndrome are shingles (redness, blisters) around the ears and facial paralysis. The reason why these occur can be understood if you know the structure of the facial nerve, so it will be a little technical, but let’s explain in more detail.

If you have chicken pox as a child and VZV retrogradely invades from the oral mucosa or reaches the knee ganglion of the facial nerve via the blood, VZV will be effective even if the chickenpox is apparently cured. remains lurking there. And when it’s reactivated later, it triggers an inflammatory response as our body tries to fight it off. The “facial canal” through which the facial nerve passes through the inner ear is very thin (with an inner diameter of about 1 mm), so if the nerve fibers swell due to inflammation, the nerves will be compressed and paralysis will occur. If the condition continues for a long time, the facial nerve degenerates and is lost. In addition, since the inflamed neural tube is located in the inner ear, the inflammatory reaction spreads to the surrounding area, causing redness, swelling, pain, hearing loss, and dizziness.

Since Ramsay Hunt syndrome is the reactivation of the virus and the accompanying inflammatory reaction, antiviral drugs and steroids are used for treatment.

Steroids have a strong anti-inflammatory effect and can be expected to stop nerve damage associated with inflammation. For example, a drug called prednisolone is given at a relatively high dose at first, and the dose is gradually reduced over about 10 days. In severe cases, it may be injected directly into the ear. However, steroids do not work against viruses.

Antiviral drugs are used to suppress the growth of reactivated VZV. Since VZV is a DNA virus (a virus that contains DNA as genetic information), drugs that are similar to the nucleosides that make up DNA and that inhibit DNA synthesis are effective. For example, acyclovir, valacyclovir, etc., which are commonly used to treat herpes zoster, are administered in doses equivalent to those for herpes zoster.

However, these drug treatments should be started as soon as possible. Ramsay Hunt syndrome generally has a poor prognosis, and even with adequate drug treatment from the early stages, the recovery rate is only about 60%, and facial paralysis and other sequelae often persist for life. .

Once the inflammation has progressed and the nerves have been destroyed, it will be too late, and antiviral drugs only stop new proliferation and do not eliminate the virus that has already multiplied. It is important to start treatment as soon as possible after the onset of paralysis.

Prevention of Ramsay Hunt Syndrome: Varicella vaccination is effective, including for adults

Drug treatments such as those described above are easier to start early if facial paralysis precedes. However, if symptoms such as pain in the ear and red swelling precede, it is often too late to diagnose Ramsay Hunt syndrome at an early stage. Therefore, it is important to prevent it from developing.

For this reason, vaccination at an early age is essential to prevent chickenpox (chickenpox). Vaccination used to be voluntary, but since 2014 it has become a routine vaccination, and the incidence of chickenpox has decreased. On the other hand, in adults who have already had chickenpox, it is necessary to prevent reactivation of latent VZV in the body. It is considered to be one of the effective preventive measures to strengthen immunity by inoculating chickenpox vaccine after becoming an adult. From the viewpoint of prevention of herpes zoster and Ramsay-Hunt syndrome, it is desired that varicella vaccine be routinely administered to adults.

PreviousWhere are the boundaries of the wrinkled brain? Understanding wrinkles and regions of the cerebral cortex
NextMemory impairment due to stress: Causes and mechanisms of hippocampal atrophy caused by PTSD, etc.