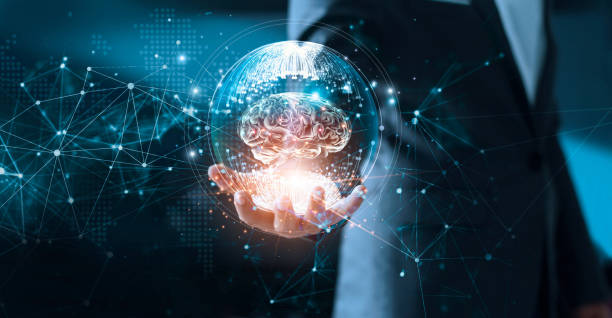 “Brodmann’s brain map” is still highly regarded even after more than 100 years, and attracts many brain scientists. We divided the brain into 52 regions and created a so-called “brain address”, which helped us develop a “function localization theory” that linked brain morphology and function. It’s a bit technical, but I’d like to introduce you to the charm of “Brodmann’s Brain Map”, which will make brain science more interesting if you know it.

What is Brodmann’s brain map? Representation of addresses in the brain

How would you describe the location of your home when asked, “Where do you live?” You wouldn’t say, “It’s 7 miles north-northeast of here.” It’s probably easier for people to understand if you give them your address. Even an unfamiliar address can be located quickly and accurately by comparing it to map information shared by all.In the same way, when talking about the brain, it is difficult to explain something like “the back part of the temporal lobe of the cerebral neocortex…” and it is not very accurate. It would be convenient if information equivalent to addresses and maps were available.From the end of the 19th century to the beginning of the 20th century, there was a researcher who studied the human brain and attempted to create a so-called “brain map.” Corbinian Brodmann, a German physician. The work created and published by Brodmann is called “Brodmann’s Brain Map”, and even after more than 100 years, it is still introduced in general books as well as neuroanatomy textbooks and research books related to brain science. and has received high praise.Explain how “Brodmann’s Map”, which became the foundation of brain research, was created, what is shown there, and why it continues to fascinate so many people. I would like to approach the secret.

Born in 1868, Corbinian Brodmann qualified as a medical doctor in 1895 and received a degree in 1898. In 1901, he began research on cerebral divisions using cytostructural methods at the Central Institute for Neurobiology in Berlin.

It’s like the internet in the brain? Nerve cells that communicate through synaptic transmission “, we still don’t fully understand the neural network in the brain and the fine structure of the neurons that are the basic units of it. It’s time to not Staining methods for studying brain structure are also rudimentary, and Golgi staining has not yet been invented. Still, Brodmann continued his observations by staining tissue sections of the human cerebral cortex that were available to visualize the cells.Prior to making his map, Brodmann made an important discovery. The cerebral cortex is divided into an outer layer called “gray matter” where the cell bodies of neurons are gathered, and an internal structure called “white matter” where the axons of neurons run. There are many types of morphologically different neurons, and we have confirmed that each type forms a “layered structure” like a stratum. It has been known for some time that the cerebral cortex has a layered structure, but Brodmann proposed that it should be organized and divided into 6 layers. He named each layer in order from the outer surface as 1) superficial layer, 2) outer nuclear layer, 3) pyramidal cell layer, 4) inner nuclear layer, 5) nerve cell layer, and 6) pleomorphic cell layer. I was. This idea has been passed down to modern brain science.Furthermore, Brodmann noticed that there were commonalities and differences in this six-layered structure within the cerebral cortex. For example, the thickness of 6 layers was thick and thin. There were also considerable differences in the thickness of each layer and the density of neurons. In some areas of the occipital lobe, layer 4 is thicker, while in areas of the frontal lobe, layer 4 is thinner and layer 5 is noticeably thicker. Focusing on this difference in layer structure, Brodmann divided the entire cerebral cortex into 52 areas by grouping the parts with uniform layer structure and dividing them by different layer structures. This information was drawn and mapped on a diagram of the brain, which later became a work called “Brodmann’s Brain Map”.The figure below is the first version of “Brodmann’s Brain Map” published in 1909. Perhaps because color printing was not possible at the time, he worked hard to come up with different patterns. please.

Brodmann’s brain atlas from the 1909 book Vergleichende Lokalisationslehre der Großhirnrinde in ihren Prinzipien dargestellt auf Grund des Zellenbaues.By the way, the following year, 1910, a second version with some additions and corrections was announced, but it’s basically the same.Brodmann worked on creating a brain map that would be useful for research on the brain by arranging and classifying the parts of the cerebral cortex with many complex wrinkles to make them easier to understand. He died of sepsis on August 22, 1918, at the young age of 49, without knowing whether he would be used in future generations.

Read Also: What is a homunculus? A dwarf in the brain that appears in the mapping of the cerebral cortex

I think there are four reasons why Brodmann’s brain map is still highly regarded as the foundation of brain science.The first and most important reason is that it helps connect cerebral form and function and aids in functional localization. As explained in ”

What is the functional localization theory of the cerebrum triggered by research on aphasia? “, Broca’s area and Wernicke’s area, which play the role of the language center, were localized in the frontal lobe of the left hemisphere of the cerebrum in the latter half of the 19th century. However, when Brodmann made the map, the theory of localization of functions in the cerebrum was still in its infancy. In the 1930s, more than 10 years after Broad’s death, as Penfield et al. clarified the functional distribution of the cerebrum in more detail, Brodmann’s map was useful in explaining its localization.For example, the somatosensory cortex that Penfield examined in detail corresponded to areas 3, 1, and 2 in Brodmann’s brain map. The primary motor area corresponded to area 4, and the supplementary motor area corresponded to area 6. The primary visual cortex corresponds to the 17th area, and the primary auditory cortex corresponds to the 41st and 42nd areas. In other words, Brodmann’s brain map was not only a mere difference in morphology, but also almost consistent with the division of function, “what does that part do?”Come to think of it, maybe this was a given. When a certain brain area is trying to perform a specific function, neurons with the same characteristics will be clustered and distributed in the same place to work together. So, although it was originally a map that divided the cerebrum by focusing only on the layer structure, it was also splendidly accurate in the localization of functions.In fact, there were many scholars other than Brodmann who attempted to create brain maps. However, for some reason only Brodmann’s brain map attracted many “fans”. The other three are less important scientifically, but they contain reasons for their widespread adoption.First, the numbering of the brains is simple and easy to understand. In anatomy, in many cases, parts are often named after the person who discovered them. Broca’s and Wernicke’s areas are typical examples. But when you divide the brain into so many parts, it’s hard to give each one a memorable proper name, and most of all, hard to remember. Numbers are universal and anyone can understand them.Also, the number of 52 is exquisite. Some of the brain maps created by scholars other than Brodmann divided the cerebrum into about 20 areas, while others divided it into more than 200 areas. I think Brodmann’s sense shines through. By the way, it may be just a coincidence, but there are 52 weeks in a year.Furthermore, the brain map published by Brodmann was “unfinished”. I would like you to take a closer look at the brain map shown above, but not all numbers from 1 to 52 are assigned. 12-16 and 48-51 are missing. Yes, there is a missing number. By the way, in the second edition published in 1910, the 12th area (equivalent to the orbitofrontal area) was newly added. In any case, even though we deliberately decided to “divide into 52 in total,” we actually only revealed less than 52 regions. If I could go back in time, I would definitely want to go see Dr. Brodmann at the time and ask him, “Why did you decide that there were 52 in total, even though you don’t know if there were actually 52?” . Perhaps he intentionally left out the missing numbers in his presentation, in the sense that “the unknown parts should be researched by future generations.”

Nature, 536: 171–178, 2016 ). The group spent three years analyzing a huge amount of data, divided the left and right hemispheres of the cerebrum into 180 regions, and showed the functional localization of each. As these studies progress, we will be able to understand the functions of the cerebrum more accurately.But this latest data doesn’t look very appealing to me. Although it is incomplete and may contain some errors, I prefer “Brodmann’s Brain Map”, which is drawn with hand-drawn patterns. No matter how many times you watch it, you won’t get tired of it, and it will provoke your research mindset.