Home >> Health >> There is a neuroscientific objection! Why I feel uncomfortable with the “brain activation” boom

There is a neuroscientific objection! Why I feel uncomfortable with the “brain activation” boom 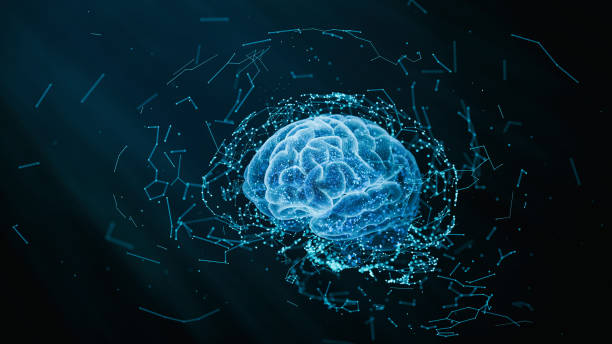 As a way to activate the brain, various things such as food, training, and quick-acting points are introduced. However, the term “brain activation” itself is actually a very strange term if you have knowledge of brain science. Also, I don’t think “activation” is necessarily good for the brain. I will explain why.

Over 30 years ago, when I started working on brain research, no one used the phrase “brain activation.” However, now we see the expression “Let’s activate the brain” in many health information such as TV, magazines, and the Internet.

Looking back, I think that this kind of expression began to be widely used around 15 years ago when “brain training” became a buzzword. Various products were developed based on the idea that “using your brain through repetition of games, simple reading, and calculations can prevent deterioration of brain function,” and it became a boom. In other words, it can be said that “activation of the brain” is not a neuroscientific terminology, but a coined word created as a business strategy.

Nonetheless, there is not much negative impact such as damaging your health by playing brain training games, so there is no need to worry so much. I don’t think it’s okay for the general public to say that “a vague image” “activates the brain”. However, I think it is very bad for doctors and researchers, who are supposed to be experts, to simply say, “Let’s eat ○○ and do △△ to activate the brain.” .

This time I will explain why I think the term “brain activation” should not be used.

Read Aslo: Are male and female brains different? Gender differences and authenticity of the corpus callosum that connects the right and left hemispheres of the brain

First of all, what worries me the most is that the expression “activation” is artificial.

So far, most of the scientific data that supports “brain training” and “brain activation” (what is described as not) comes from brain scans such as fMRI. As detailed in ” Limitations and drawbacks of fMRI: Convincing brain imaging, sometimes misused,” fMRI does not directly look at the electrical activity of nerve cells (neurons) in the brain . Instead, it only indirectly captures changes in neurometabolism and cerebral blood flow that accompany activity. More precisely, an increase in the fMRI signal would only indicate that there would be an increase in the amount of hemoglobin bound to oxygen. Also, when the amount of hemoglobin bound to oxygen increases, it is thought that the cells distributed around it consume oxygen and use energy. I can do it.

With this in mind, can we visualize the fMRI signals observed when reading aloud or doing simple calculations, and explain, “Look, your brain is active, right?” Huh? Something is wrong, isn’t it?

However, few people would be happy to say, “Your brain expended a lot of energy!” Some people may even feel that reading aloud and doing calculations are dangerous because they worry that they might suffer from brain damage due to lack of oxygen. However, simply rephrasing this as “the brain is activated” will change to a positive impression. This is because I feel that “activation = working well”. In other words, the person who first came up with this expression must have deliberately rephrased it by choosing words that would induce the viewer to feel “like” the image.

Consuming a lot of oxygen locally in the brain is not necessarily a good thing. On the contrary, it can have detrimental effects. For example, when you do something you are not used to doing, many areas of your brain are deprived of oxygen and you may feel tired. Images with a lot of fMRI signal may reflect an overactive brain. On the other hand, no change in the fMRI signal may reflect a good state of mental stability rather than a bad state of brain inactivity.

Using the word “activation” to give the impression that the changes in fMRI signals are good is “impression manipulation,” even though we do not really know what they mean. To put it in a slightly stronger way, it’s an expression of “fraudulent”, and I don’t think it’s fair. In the world of pharmaceutical clinical trials and experimental science, is it acceptable in general society to be suspected of “data fabrication”?

I myself was once approached by a TV program as an experiment related to brain science, saying, “I want to conclude XX, so can you conduct an experiment like XX?” To put it simply, there is a conclusion, and I want you to prepare materials that seem to be consistent with it. I declined to cooperate.

I don’t want to think that all brain training is like that, but it’s really sad when scientific research data is used to your advantage when it’s all about making money or getting talked about. I hope that researchers will stop underestimating the results of their hard work.

There are other reasons to doubt “brain activation”.

The fMRI image data obtained when a task is performed only shows the rate of change (rate of change) before and after the task.

Which case, left or right, can be said to be more “activated”?In the case shown above, the amount of increase in blood flow is almost the same on the left and right sides, but because the blood flow level before work is different, the rate of change is calculated to be 400% higher for the left side and 75% higher for the right side. Based on the rate of change alone, can it be said that the brain was more activated on the left side?

We need to interpret the data carefully so as not to fall for the tricks of the numbers.

From the point of view of brain science, “suppressing nerve activity as necessary” is also an important function of the brain. For example, when the neural circuit of the brain is overexcited, inhibitory neurons control its activity, and even if neural activity declines, it should be considered to represent one aspect of “brain activation.” it might be.

It is not correct to conclude that if the fMRI signal increases, it is activated, and if it does not increase, it is not activated. I hope that you will understand the function of the brain correctly and will be able to deal with a lot of information skillfully.

PreviousAre male and female brains different? Gender differences and authenticity of the corpus callosum that connects the right and left hemispheres of the brain
NextLimitations and drawbacks of fMRI: Convincing brain imaging, sometimes misused