Home >> Health >> Where are the boundaries of the wrinkled brain? Understanding wrinkles and regions of the cerebral cortex

Where are the boundaries of the wrinkled brain? Understanding wrinkles and regions of the cerebral cortex 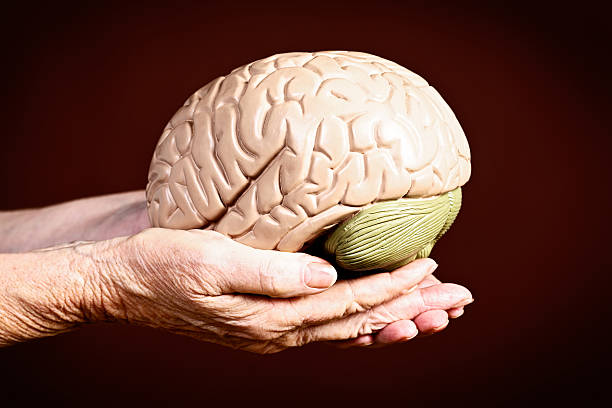 The cerebral cortex is divided into four parts: the frontal lobe, the parietal lobe, the occipital lobe, and the temporal lobe. Cerebral wrinkles are medically called ‘brachial sulci’, and the characteristics of these wrinkles have led to the idea of ​​the boundaries of the brain. Like “palm reading”, we will explain the wrinkles of the brain and the history of their discovery in an easy-to-understand manner.

The division of our brain is generally explained as follows: “The cerebral cortex is made up of four parts: the frontal lobe, the parietal lobe, the occipital lobe, and the temporal lobe.” Many of you probably believe so too. But is this true? As a crooked person, when I first heard this explanation when I was a student, I thought, “Why is there 4? I feel like 3 or 5 would be fine.” In the first place, the cerebral cortex has many wrinkles and unevenness, but the whole is connected, and it is not so clear where it ends.

In fact, the correct explanation is not “the cerebral cortex is made up of four parts”, but “someone in the past suggested that we divide it into four parts, so let’s follow that.” In the days when the brain was not well understood, it would have been hard to guess what the wrinkles, which seemed to be irregularly formed on the surface of the brain, meant. However, while comparing and researching many brain specimens, someone found a common regularity and came up with the idea of ​​using this as a clue to divide the large brain into several parts.

This time, let’s trace the history of early scientists’ research into cerebral wrinkles in order to gain a deeper understanding of the structure of the cerebral cortex.

Read Also: Mystery and charm of “Brodmann’s brain map” … the reason why brain scientists are fascinated

Human cerebral wrinkles and sulcuses: Sylvian sulcus, which divides the brain into upper and lower parts

What would you think if you had no knowledge and saw a brain with many wrinkles for the first time? “Somehow disgusting” “Weird shape” … It may end with such an impression. However, there were people who tried to unravel the meaning hidden there from the regularity of the shape.

In technical terms, it is called a cerebral sulcus, but it was Franciscus Silvius, an anatomist who was active in Holland in the 1600s, who noticed the characteristics of wrinkles in the human brain and first described them. It is said that. Born in Germany in 1614 into a wealthy family, Silvius studied medicine at the University of Leiden, Holland, and received his doctorate in medicine from the University of Basel, Switzerland in 1637. In his dissertation, there was a description of the “lateral sulcus”. He noticed that the human brain had a large sulcus common to the cerebrum that flanks the cerebrum and separates it into upper and lower halves, which he named the lateral sulcus.

Afterwards, Danish physician Thomas Bartholin (eldest son of the eminent physician Caspar Bartholin), who was taught by Silvius, paid tribute to Silvius in his 1641 text on brain anatomy, Institutiones anatomicae. , the lateral cerebral sulcus was rewritten as “Sylvian sulcus”.

However, the history of this important discovery may need some revision. Due to the popularization of the name “Sylvian sulcus”, many people believe that its discoverer was Silvius. In the book “Tabulae Pictae”, it is found that the Italian anatomist Girolamo Fabrici dacappendente had already described the lateral sulcus that divides the cerebrum into upper and lower parts ( Neurosurgery, 63(4): 623-628, 2008). Therefore, it can be said that “Dacappendente was the first to describe the Sylvian groove” is the correct answer.

Italian anatomist Luigi Roland, in his 1829 treatise on the structure of the cerebral hemispheres, noted that there are distinct sulci running up and down approximately in the center of the cerebrum in the front and back. However, at this time Roland describes this as an “intestinal protuberance”. This is probably because he thought that the appearance of the surface of the brain resembled the inside of the intestinal tract, which has many folds.

The sulcus described by Rowland is now called the “central sulcus”. The central sulcus was also named “Roland sulcus” by the French physician François Roulet in honor of its discoverer, Roland. At this time, Roulet also conducted comparative research on the cerebrums of various animals, and reported that the region before the Rolandic sulcus is larger in humans than in monkeys. This is the area that corresponds to what we now call the frontal lobe.

The clarification of the existence of the Sylvian sulcus and Rolandic sulcus has made it easier to divide the cerebral cortex. Then, using this as a clue, it was proposed to divide the brain into four areas, the frontal lobe, the parietal lobe, the occipital lobe, and the temporal lobe. Using the Sylvian sulcus as a mark, the part on the lower side of the cerebrum is called the “temporal lobe”, and using the Roland sulcus as a mark, the front part of the upper part of the cerebrum is called the “frontal lobe”, and the rear part is called the “parietal lobe”. In addition, a large cerebral sulcus, later called the parieto-occipital sulcus, was identified behind the cerebrum, and was regarded as the boundary separating the parietal and occipital lobes.

The parieto-occipital sulcus is only slightly visible from the lateral surface. Looking at the inner surface of the cerebral hemisphere, it is a deep groove extending from top to bottom and forward.

The four major sulci that divide the cerebral cortex (lateral sulcus, central sulcus, parieto-occipital sulcus) and insular cortexIn fact, it is not clear who defined the four divisions of the cerebrum that form the basis of modern brain science. In Germany, the German anatomical physiologist Philipp Friedrich Arnold is said to have made this proposal in his book published in 1834, and this theory is also widely accepted in Japan. However, according to the French, it was first proposed in a comparative anatomy textbook co-authored by Roulet, who named the Roland sulcus, and French anatomist Louis-Pierre Gratiolet.

In any case, the idea of ​​dividing the cerebrum into four areas and explaining it was made about 180 to 190 years ago.

Each of the four areas of the cerebral cortex is labeled with the word “lobe” in English. Derived from the ancient Greek λοβός (lobós), meaning “earlobe,” it is also used to refer to the individual areas of a plant leaf that are distinguished by distinct notches. The term must have been used because when a cross-section of the cerebrum was viewed, the superficial layer of the cerebrum was made up of clusters of regions clearly demarcated by deep sulci that looked exactly like leaves. . By the way, in other bodies as well, the word “lobes” is also used when referring to areas such as tissues and organ fragments that are partitioned by clear boundaries, such as “lung lobes” and “liver lobes”. It is used.

It is common knowledge that there are 4 lobes in the cerebral cortex, but did you know that there is actually a 5th lobe?

It was discovered by Dutch anatomist Johann Christian Ryle. In 1796, about halfway between the discovery of the Sylvian and Rolandic grooves, its existence was documented without a diagram in his tome “Exercitationum anatomicarum fasciculus primus de structura nervorum”. .

Although this part is located on the lateral surface of the cerebral cortex, it is hidden from view by the large overhanging frontal, parietal and temporal lobes. This is the part that you can finally find inside by inserting something like a spatula into the outer groove and opening it. It is called the insular cortex or simply the insula, derived from the Latin word insula, which means island, because it exists alone like an island. Considered to be one of the lobes of the brain, it is sometimes called an insular lobe. It is also known by the name “Lyle’s Island”, which was named in honor of the first mentioned Lyle’s achievements. The brain sulcus that forms the boundary between the insular cortex and other regions surrounds the insula, hence the name ‘insular sulcus’.

Despite its long history of discovery, it is still not well understood what this insular cortex does. At the time of its discovery, Lyle predicted that the insular cortex was involved in higher mental functions, but it received little attention and was forgotten until recently.

However, it has recently been discovered that this mysterious part hidden deep in the folds of the cerebrum plays an important role in keeping the entire brain working in a well-balanced manner and living a fulfilling life. I was. It has been reported one after another that the insular cortex plays a wide range of roles related to various emotional experiences, such as social emotion, moral intuition, empathy, emotional response to music, dependence, pain, and humor. has become Structural features that act as a hub (relay point) in the brain are also attracting attention, such as “associating one’s own feelings with those of others” and “compare oneself subjectively or objectively”. , It seems that it also plays the role of “connecting the image of the past self and the present self, and the image of the present self and the future self”.

The name given to wrinkles and areas by ancient scientists. After learning about this history, I believe that each of the wrinkles on the brain has a familiarity to them, like palm reading, and that they have important meanings. The real pleasure of brain science is that the more you know, the more you want to know.