Beware of compliments! Effects on children’s appearance complexes and values 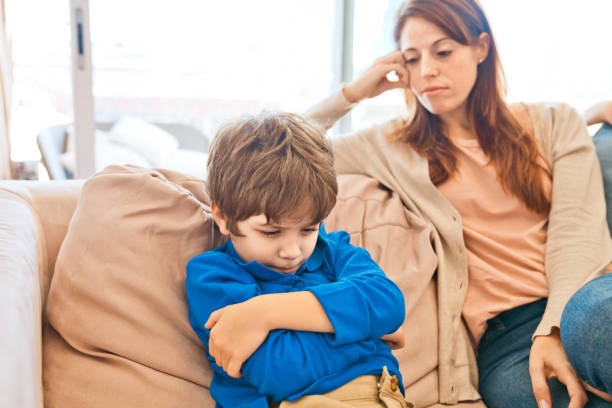 Adults say what they think about children’s appearance, such as “chubby / skinny” and “high / low nose”. Unreserved criticism of the child’s appearance can create complexes and affect their sense of values, so care must be taken even if it is a compliment. Consider the impact of criticism on appearance, including your relationship with your child.

What are the thoughts of children who are often evaluated for their appearance?

Children often remember these words. The evaluation of “appearance” can affect the child’s self-esteem and sense of values ​​later, so it is important to think about what points to be careful about. The same goes for compliments, as well as criticism that can lead to complexes. I will explain in detail below.

Read Also: Relations with family are not going well… Let’s review the distortion of the “family system”

Hearing adults frequently criticize their “appearance” makes children perceive that “appearance is an important factor that determines their own (personal) value,” and puts a lot of attention into it. Then, the child who was evaluated negatively for his appearance loses self-confidence.

Judging children based on their appearance can be more harmful than you think. This is because there is nothing you can do even if you are criticized for something that you cannot do anything about with effort, and only feelings of helplessness and inferiority will grow. If that thought remains in your mind, it will also cause you to lose your sense of competence and self-esteem.

If you only praise your child’s appearance, you may give them a biased sense of values.

You may be thinking, “Isn’t there a problem if I just give you a compliment?” However, if you grow up being praised only for your appearance, it will be easier for you to accept that your greatest value is your appearance. Then, it becomes easy to feel that the state of mind, thoughts, and actions are not as valuable as they look.

If you grow up with these values, you will be afraid that your appearance will eventually collapse. And when a child more beautiful than you appears or your body shape changes, you will feel a strong sense of frustration and worthlessness.

So, should we never give up on how we look? In the first place, the feeling of being cute is “impression”. The feeling of excitement is something that makes you want to share it with others. It is very nice to exchange touching words in everyday life.

Do you look kindly at “the child as he/she is” instead of appearance?

People originally have a desire to be recognized for who they are and to be loved. Children who do not have an established identity think this all the more.

When you’re tempted to talk about your child’s appearance, reflect on whether or not you’re always looking kindly at “the child in 360 degrees”. If not, it’s best to keep your mouth shut about how you look. Even if it’s a compliment.

Children are very sensitive to compliments. If you are happy to be praised for your appearance, you will want to receive more and more compliments. They feel anxious and jealous when they are not being praised or when other children are being praised. In this way, if you focus on the superficial part of your appearance, it will be difficult to develop your true “self”.

Children grow up under the influence of adults. You can’t easily change your appearance. You cannot see your true self. That’s why I want to be careful not to evaluate the appearance easily.