Before the anger explodes! Two Ways to Stay Calm Effortlessly 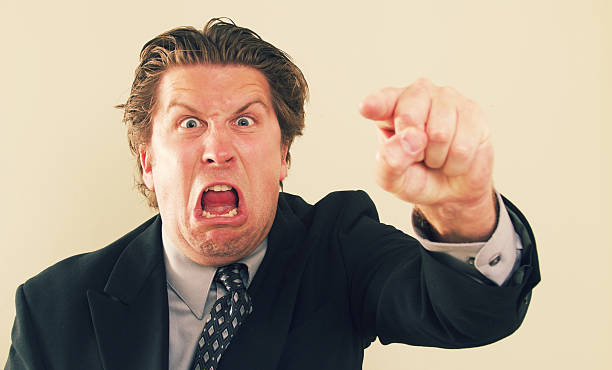 When you feel angry at unreasonable events, what do you need to do to avoid getting into trouble by hitting your anger, or suppressing your anger and becoming painful? I will tell you two approaches to deal with the feeling of “anger” and to be able to take appropriate actions.

Angry emotions cause trouble when you hit them, and resentment when you hold them in.

Have you ever encountered an unreasonable event and almost exploded with anger? You never know when anger will hit you.

For example, waiting in line for hours to get a limited edition item, and just when I thought it was finally my turn, it was sold out. Anyone would be outraged if this happened. If you take your anger out on others, it will develop into “trouble”, and if you hold it in, it will turn into “resentment”.

How can I deal with my feelings of anger to avoid such a situation?

4 physical and mental reactions that occur when you feel anger

When encountering an event that leads to anger, the following reactions occur in the four areas of the human mind and body: “emotion”, “physical”, “cognition” and “behavior”.

Of the four above, it is difficult to change emotional and physical responses. No matter how hard you try not to get irritated or stiffen up, you can’t stop your emotions and your body’s natural reactions.

There are two things that can be directly approached: “cognition” and “action”!

Responses in the four areas of emotion, physiology, cognition, and behavior influence each other as shown in the figure below.

In the human mind and body, emotion, body (physiology), cognition, and behavior affect each other.In the previous example, the product sold out at the last minute, and along with the feeling of anger, there is a change in perception, such as “It was terrible even though I waited in line for a long time” and “I didn’t come.” At the same time, the head turns white, the stomach feels tight, and the body stiffens.

If you let your feelings of anger take over and take short-sighted actions, your reactions in the four areas may become stronger. Therefore , it is important to prevent mutual reactions from becoming stronger due to the effects of interaction when one feels anger.

What should we keep in mind when approaching “cognition” and “action”? Let’s start with cognition.

As anger rises, cognition becomes negative. “I will never come to this store again!” “Are you fooling the customers?” This kind of negative thinking only fuels your anger.

So don’t think too much until your anger subsides. Then, after you have calmed down, it is a good idea to sort out the problem and think about your next course of action.

Now think about your approach to action. First of all, don’t act short-circuited until your anger subsides. If you let anger hit someone or hit something, you may regret it later. To avoid this, do what you can while the anger subsides.

One way to do this is by focusing on your feet. When a person gets angry, the blood rushes to the head and the body feels hot. Bring your attention to your feet and imagine the blood flowing from your head to the bottom. Anger becomes easier to calm down.

When you feel angry, let’s get along well with anger by working on cognition and action as above. Then I think I can spend every day with a calm feeling.

PreviousWhat is poverty delusion? (Explained)
NextEffective way to get rid of frustration … 2 steps when you want to keep it down without getting angry