Home >> Health >> Are male and female brains different? Gender differences and authenticity of the corpus callosum that connects the right and left hemispheres of the brain

Are male and female brains different? Gender differences and authenticity of the corpus callosum that connects the right and left hemispheres of the brain 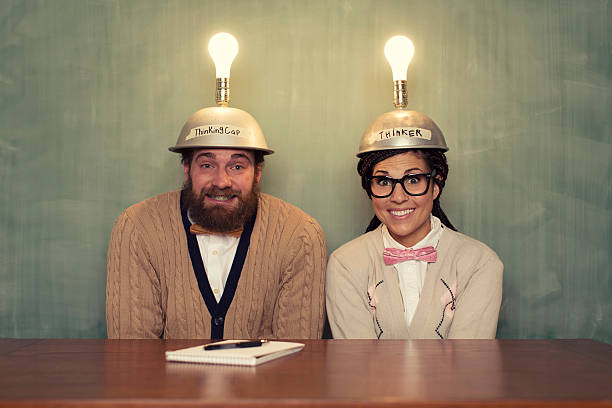 Many parts of our body, such as hands, feet, eyes, ears, and nostrils, are almost symmetrical about the center line. Among internal organs, lungs, kidneys, ovaries, and testicles also have a pair of left and right. The heart, which appears to have only one heart, is divided into left atrium/left ventricle and right atrium/right ventricle, which correspond to the left and right sides of the body.

what about the brain? As many of you know, at least the cerebral cortex is made up of two hemispheres, the left hemisphere and the right hemisphere, which are separated by a central line. At first glance, they are almost the same, but the size and wrinkles are slightly different. However, it is not enough to discuss the difference between the left and right sides, it is about “the size of the left foot is slightly larger than the size of the right foot”, “the right eye is single but the left eye is double”, and basically it is “almost” symmetrical. You may consider

The signals output from the neurons in the motor cortex of the cerebral neocortex are “left-right crossed” to the limbs. transmitted to the muscles. In other words, the command to move the right hand comes from the motor cortex of the left hemisphere. Signals entering the somatosensory cortex of the cerebral neocortex are also “left-right crossed.” In other words, the signal when the left foot hits is transmitted to the somatosensory cortex in the right hemisphere, and the right brain responds, “It hurts!” As to why the brain needed to be divided into left and right hemispheres, it is probably reasonable to think that it was prepared to correspond to the right and left halves.

However, it is rather rare that either the left or right side is sufficient for both movement and sensation. For example, when trying to use a knife to peel an apple, you need a good combination of hands (or you’ll get hurt). In other words, it is not enough for the left and right hemispheres to give motor commands independently, but it is necessary to exchange and refer to information between the left and right hemispheres.

Therefore, this time, I would like to talk about the part called the corpus callosum, which is located between the left and right hemispheres of the cerebrum. The “male brain” and “female brain” that we often hear seem to be based on this gender difference in the corpus callosum. Let’s also consider the authenticity of it.

Read Also: Should you talk to your lover from the left side? Is there a scientific basis for the right-brain/left-brain-related story?

“Beam”, which is used as a housing construction term, refers to a member that supports the load from the top of the building by crossing it in a direction perpendicular to the ridgepole. In particular, the beams directly under the roof play a role in firmly supporting the left and right roofs. By the way, as you can see from the kanji character “Sanzui”, it seems that it originally came from the “passage bridge” that connects both ends of the river.

The diagram below shows the location of the corpus callosum in our brain. It is positioned to support the left and right hemispheres and functionally serves as a bridge between the two brains.

But let’s think about why the path of nerve fibers connecting both hemispheres is determined.

Embarrassingly, the electrical wiring around my TV in my living room is terrible. As I plugged and unplugged my children’s game consoles, my PC, smartphone chargers, lighting fixtures, and small heaters into and out of the limited number of electrical outlets, the electrical cords became terribly twisted and tangled. It happens so often that you don’t even know what the lines are connected to. It is said that tangled cords can interfere with each other and cause a fire. I’m sure you all have something on your mind. Actually, this problem can be solved with a little ingenuity.

Did you know that a product called a “spiral tube” (a spiral tube made of translucent plastic) has recently been sold to smartly store the power cord around the PC? It is an excellent product that simply puts multiple power cords together and passes them through the tube to prevent the cords from getting tangled. By the way, for those who don’t want to spend money on such things, I recommend the core of toilet paper. Try running all electrical cords through a few toilet paper rolls in a vertical row before plugging them into a power outlet. Just by deciding the path of the cord, it really doesn’t get tangled, so it’s impressive. I think that it is the same as this that the place called “corpus callosum” was prepared in the brain. If you let the nerve fibers in both hemispheres go where they please, you’re bound to mess up the wiring in your brain. However, if you always pass through the designated place called the corpus callosum and then go back and forth to the left and right, there will be no problem. It’s amazing how well our brains work.

Are “male brains” and “female brains” really different? True or false of gender differences in the corpus callosum

The corpus callosum is often talked about as being larger in women. And that feature is the basis for the characteristics of the brain that are characteristic of women, that is, the “female brain.”

Women are said to be more sensitive and attentive than men. If you are a married man, you may have had your wife scold you for not noticing that you cut your hair. I myself am often scolded for being ignorant of changes around me and not being careful.

In general, it is said that women like to talk more. For example, when a man and woman are on a date, she finds clothes she likes at a store and asks, “Does this look good on you?” Then, she thought that her boyfriend would be nice, but she said, “That’s it? It’s boring.” She doesn’t want to know whether it suits you or not, but she wants to use that as an opportunity to talk about this and that.

A large corpus callosum means that there are many neural connections between the left and right hemispheres. If you were to explain that women are better able to communicate between the left and right hemispheres, they are more detailed, able to do many things at once, and like to chat, I would certainly agree. hey. It can’t be helped that it has resonated with so many people and has become an established theory. However, all of this may actually be a “good lie”.

What is the evidence for male and female brains? Even modern science can’t come to a conclusion

The first scientific paper to support the claim that “women have a larger corpus callosum” was published in 1982 ( Science 216(4553): 1431-1432, 1982 ). A brief report titled “Sexual Dimorphism in the Human Corpus Callosum” by researchers at Columbia University in New York, USA, published in the most prestigious academic journal. Because it was done, many people believed it. As a result, it has been handed down from person to person while being overestimated, and has reached the present. It seems that there are some technical books and textbooks that describe that there is a gender difference in the size of the corpus callosum.

However, when I re-read the article, I found that it was surprisingly simple. If you can read the paper in English, I would like you to check the original text with your own eyes.

In fact, what is shown in the paper is not the precise MRI data that is often used in brain science today, but the collected data measured by dissecting the brain after death. Moreover, the results are only preliminary, summarizing the measurements obtained from nine men and five women with different ages and medical histories. As a result of statistical analysis, no difference was observed in the size of the entire corpus callosum, but the splenium located at the rearmost part of the corpus callosum was significantly larger in females. . The authors concluded, “The corpus callosum is the part where the nerve fibers of the parietal lobe, which is involved in spatial cognition, and the occipital lobe, which is involved in vision, intersect, so it is possible that it is related to gender differences in spatial cognition and vision. There is.”

Statistical analysis is useful for making objective judgments, but it is not a panacea. In particular, the smaller the number of samples, the higher the risk of being judged to be “different” by “coincidence”. How can we make judgments that divide billions of men and women by just comparing nine men and five women? When I read the original, I couldn’t bring myself to believe it.

It seems that there were many researchers who had the same doubts as me, and larger-scale meta-analyses were reported. It was the conclusion. In recent years, with the development of experimental methods, more accurate and detailed analysis data continues to be reported. There are still many reports that it is, and the current situation is that no definitive conclusion has been obtained.

The story of “male and female brains” is an interesting story, and that’s why I’m writing this article, but my conclusion as a scientist is that it doesn’t deserve to be explained.

From the perspective of brain science, we should focus on individual differences, not gender differences.

In addition to the corpus callosum, there are many ongoing studies on gender differences in the brain, but the truth is that nothing is clear. In addition, when analyzing gender differences, we statistically analyze the average values ​​of the male and female groups and the spread of data to determine whether there is a difference. Isn’t it almost meaningless to compare with “value”?

There is a common myth that “women can’t read maps”, but some women can read maps much better than men who can’t read maps. Some men are more talkative and emotional than women. In the first place, they are personalities, and it is nonsense to try to distinguish them into two groups, male and female. Especially in today’s society, where sexuality is becoming more diverse, I think it’s more important to simply respect each other’s individuality rather than discussing gender differences.

PreviousShould you talk to your lover from the left side? Is there a scientific basis for the right-brain/left-brain-related story?
NextThere is a neuroscientific objection! Why I feel uncomfortable with the “brain activation” boom