Are Bigger Brains Smarter? Relationship between brain size, number of wrinkles and intelligence 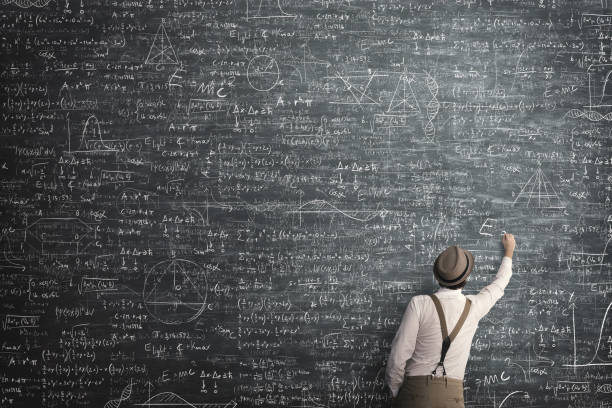 We humans have the most evolved brains on this planet. It has a large head compared to other animals, with a large, wrinkled brain inside its skull. It is no exaggeration to say that we make everything in this world.

If you know your brain, you will know the world! The “brain” that makes everything in this world

I screamed, “Hey, it’s a snake!” Everyone has such an experience. What you see and feel is not necessarily reality, but a world of images interpreted and created by your brain. In addition, intellectual activities such as science and art, spiritual activities such as romance and religion, and even social problems such as war, crime, and bullying are all created by our brains. In other words, to “know the brain” is to understand the structure of the world.

Recently, books on the brain have been published one after another, and special programs on the subject of the brain have been aired on television. It is proof that many people are interested in the brain. However, there may be more than a few people who are interested but do not understand it because it seems difficult. As a researcher on the brain for many years, I hope that by explaining things that I know in an easy-to-understand and careful manner, I can respond to your interests and hopefully use the knowledge I have acquired in my daily life.

Is there a relationship between brain size and intelligence level? Human and animal brain size comparison

As you know, the brain is one of the organs in the skull. The human brain is said to be the most evolved brain on earth. Let’s think together about what the human brain excels at as a foundation for brain science.

One of the characteristics of the human brain is its size.

Even if you’ve never seen or touched one, you can probably imagine how big it would be if it were inside your skull. It would be easy to understand if I expressed it as a size that fits in both hands spread out like scooping water when washing the face. The entire human brain has a volume of about 1,300 mL and a weight of 1,200 to 1,500 g (1.2 to 1.5 kg).

African elephants probably have the largest brains of any land animal. An adult male is said to weigh 4.5 to 5.5 kg, so it has a brain that is more than three times that of a human. Sperm whales are said to be the number one when considering the entire planet, including the ocean. It is said that a male has a brain weighing 9 to 10 kg. I’ve seen the specimen in person, and was overwhelmed by the brain, which was larger than the head above my neck. If bigger brains are better, sperm whales may have more brains than supercomputers.

But if you think about it, elephants and whales are big. A rough estimate of the ratio of brain weight to total body weight is 2% for humans, 0.1% for African elephants, and 0.02% for sperm whales. It would be reasonable to assume that there is only a brain in

Read Also: Why were only humans able to be creative?

What about when you compare the same people?

Alzheimer’s disease, which is the cause of dementia, the subject of my research, is a disease in which the brain gradually atrophies. It may seem that a bigger brain is better than a smaller one, because as nerve cells die and the brain shrinks, intellectual functioning is compromised. However, when compared with other people, people with high intelligence levels do not necessarily have large brains.

The famous person with the largest (heaviest) brain on record was probably Russian writer Ivan Turgenev, who weighed in at over 2,000 grams. The brain of Soseki Natsume, a famous Japanese literary master, weighs just over 1,400g, and is still preserved in formalin in the specimen room of the University of Tokyo’s Faculty of Medicine. There was no On the other hand, the brain of Albert Einstein, famous as a genius scientist, weighed a little over 1,200g, which is rather small. The brain of French poet and novelist Anatole France was only about 1,000g. Size (weight) and intellectual level do not seem to necessarily correlate.

Are brain wrinkles proportional to wisdom? Why the human brain has so many wrinkles

A second feature of the human brain is that it has many wrinkles. The wrinkles in the brain are formally called sulci. There are many large sulci in the brain, especially in a part called the cerebral cortex.

Comparing closely related animals, Japanese macaque < gorilla < chimpanzee < human have more brain sulci. Also, even in the same human being, there are relatively few sulci in the brain of a baby, and sulci develop and increase as they grow, so it seems that people with more sulci are smarter.

But there are other animals on this planet with far more sulci than we humans. They are whales and dolphins. In particular, dolphins are able to communicate with humans, and some scholars claim that their intelligence level is higher than that of humans.

If we just reveal the species, whales and dolphins live in the sea and have to swim in the water, so we can’t be too big-headed. In order not to interfere with swimming, it is reasonable to think that the skull had to be made small and the necessary brain was packed inside, resulting in a wrinkled brain. The size of the human skull is generally fixed from the time of birth, and if the brain grows in that limited space, it will not be able to fit in, so it is true that the sulci were created.

So just having more wrinkles in the brain doesn’t explain human intelligence.

So what makes the human brain so good? I’m sorry if it seems like a waste, but the answer will be revealed in ” Why only humans can be creative? Differences from animals to unravel with the brain “.

PreviousWhy were only humans able to be creative?
NextIs the “heart” in the brain? Emergence and history of brain science