Home >> Health >> Can Having Your Appendix Removed Cause Stomach Problems

Can Having Your Appendix Removed Cause Stomach Problems 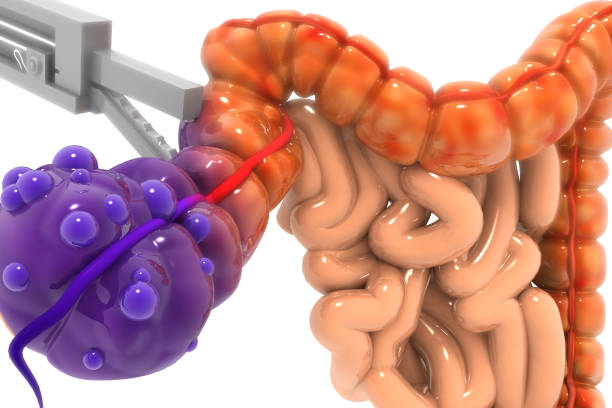 Appendectomy is the surgical removal of the appendix. It is a typical method that surgeons may perform in an emergency. When surgeons remove the appendix, a person is under general anesthesia, which means they should not feel any pain during the procedure. However, the surgical area may be tender as it heals. But many people wonder can having your appendix removed cause stomach problems.
The appendix is ​​a small pouch that does not perform any important function in the body. However, it is located close to the large intestine and is sometimes exposed to infection due to the accumulation of stool, bacteria, and other contagious material.
If one gets an infection, the physician will recommend removing the appendix.

In most cases, an appendectomy is an emergency operation that surgeons perform when a person’s appendix develops an infection and becomes inflamed. When appendix develops, individuals often undergo pain around the belly button. Which then migrates to the lower right quadrant of the abdomen.
Before the surgery, the surgeon will put the individual under general anesthesia. Which means that he will not feel anything during the surgery. After surgery, the patient may require a short hospital stay. However, doctors can also discharge them on the day of the surgery.
During recovery, a person’s incisions may be tender to the touch. Can also appendix be removed causing stomach problems? They will also need to take a break from their normal activities. During the recovery period, the individual’s doctor will likely recommend medication to help reduce pain.

What are the types of appendectomy?

Both techniques require hospital recovery and additional recovery time at home. Which surgery the doctor chooses will vary based on his experience with both approaches, the patient’s choice, and the technique offered by the medical facility.

What is the recovery time after appendix surgery & can it cause stomach problems?

If the appendix has not ruptured, a person can usually go home after one or two days in the hospital. However, physicians are increasingly discharging individuals the same day after the surgery, as research shows it can be safe and results in low rates of complications or readmissions.
A person will have to stay in the hospital longer if their appendix has ruptured. In these cases, they will be given strong antibiotics and will remain under observation for any signs of complications.

People should avoid driving, drinking alcohol, and operating machinery for up to two days after an appendix operation. They should also refrain from making important decisions, as the anesthetic can make it difficult to think clearly for a few days.
The doctor will talk to the individual about activity limitations and expected recovery time. These activity limitations will typically last two to four weeks after appendix surgery.
Most children can return to school within one week of surgery if their appendix has not ruptured, and within two weeks if it has.

Can having your appendix removed cause stomach problems?

When a person wakes up from surgery, they are likely to feel groggy and may have trouble thinking clearly. They should inform a doctor if they experience nausea or pain.
Before the individual goes home, the doctor will usually give them some tips to improve their recovery and reduce the risk of infection.
Tips to help you recover from an appendix operation include:
Restrain from lifting heavy objects: Avoid lifting objects heavier than ten pounds for 3-5 days after laparoscopic surgery or 10-14 days after open surgery.

Wash your hands thoroughly: Wash with warm water and soap before touching the area near the cut.

Check the dressings for signs of infection: These may include heavy, strong-smelling drainage or redness and pain at the incision site.

Don’t wear tight clothing: It could rub against the incisions and cause discomfort.
Use pain relievers to minimize discomfort: Narcotic pain relievers can cause constipation. As a result, your doctor may prescribe a stool softener and recommend increased water intake to reduce the likelihood of bowel obstruction.

Holding a pillow over the stomach: Use it to apply firm pressure before coughing or moving to minimize tension at the incision sites. This practice is known as splinting.
A person should notify their doctor if they experience any of the following symptoms during recovery:

These symptoms may indicate complications. Also, appendix removed can cause stomach problems in an individual. In addition, a person should talk to their doctor about any other unexpected symptoms.