Home >> Health >> 4 scents that can help you sleep better… What are the scientifically proven effects of scents?

4 scents that can help you sleep better… What are the scientifically proven effects of scents? 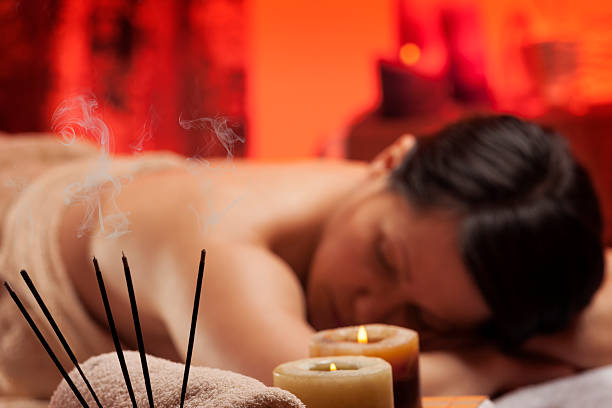 Aromatherapy and other scents have the effect of changing people’s psychological states. The relationship between sleep and scent is gradually becoming clearer. Here are four scents that calm you down before you go to sleep and help you get a good night’s sleep, and the effects of each scent.

Scents that help you sleep… 4 scientifically proven scents and effects

The psychological effects of scent vary greatly from person to person, and are also influenced by the type of scent the person smelling the scent is sensitive to. There are currently four scents that have been scientifically proven to induce sleep:

We will discuss each of these benefits in more detail below.

Lavender: A sedative effect that is also used in medical institutions and nursing homes

Lavender is a versatile essential oil that is easy to use even for beginners. Reported to increase deep sleepLavender is probably the most well-known essential oil for improving sleep. There is a relationship between the scent type of essential oils and mood changes, with citrus, herbal, and woody oils having a calming effect, while floral, spicy, and minty oils have a stimulating effect.

Recently, it is also used in medical institutions and nursing homes. According to a study at a geriatric hospital in London, when patients who used sleeping pills were given the scent of lavender, they fell asleep more deeply, stopped wandering around, and became less sleepy and refreshed during the day. I was.

In Japan, there is also a report of an electroencephalogram experiment during sleep with university students as subjects. When college students slept on futons scented with lavender, REM sleep and deep sleep increased significantly compared to nights sleeping on ordinary futons. The scent of lavender made me sleep soundly both physically and mentally.

Read Also: I want to try it on a tropical night! A good sleep method that reduces light sleep and difficulty sleeping

Hay fever is a problem, but the scent of cypress is useful for sleepA substance called “cedrol” contained in the scent of trees of the cypress and cedar families has the effect of improving sleep. Cedrol is abundant in the essential oil “Cedarwood”.

A cypress bath will make you feel more relaxed than a regular bathtub. In addition, many people enjoy forest bathing in coniferous forests such as cedars to relieve their daily stress, so you can imagine the effect of the scent of trees.

In an experiment in which female university students smelled the scent of cedrol from 2 hours before bedtime to 2 hours after bedtime, it was reported that the time to fall asleep was shortened and the total sleep time was increased. increase. In addition, I wake up less often during the night. In particular, it seems that the time from getting to bed to falling asleep is 45% shorter than at night without scent. This is as effective as sleeping pills.

Coffee …… The aroma alone has a high relaxing effect

Even if you are a coffee lover, at night, let the scent of freshly ground beans put up with it.Speaking of coffee, it’s a staple to wake you up, but if it’s just the scent, it’s also useful before you go to sleep. I think the smell of coffee makes me feel calm. Examination of the brain waves at this time revealed that many alpha waves, which are indicators of relaxation, were emitted.

If you’re picky about the type of coffee, the scents of Guatemala and Blue Mountains are said to increase alpha waves. These can be called night coffees because they help you sleep better when you feel calmer.

On the other hand, mandolin and Hawaiian kona scents have the effect of reducing alpha waves. This is a recommended coffee in the morning because it increases the tension.

Onion … a piece of folk medicine! Effects of allyl sulfide

The scent is effective as it does not irritate. Please note that if the smell is strong, it will have the opposite effect.A substance called “allyl sulfide” is the source of the unique pungent smell and pungency of onions, green onions, chives, garlic, and shallots. Allyl sulfide has a calming and sleep-inducing effect.

Some Western folk remedies use the smell of onions to help you fall asleep. In an experiment I worked with on a television program, kindergarteners who normally don’t take naps were given the smell of onions to see if they would fall asleep. As expected, the group that was given a nap in the odorless room did not fall asleep, but most of the children naturally took a nap in the room with chopped onions. Kindergarten teachers were also very surprised by the hypnotic effect of onions.

However, if the smell is too strong, it will have the opposite effect. In a study conducted on adults, those who noticed the smell of onions did not fall asleep better. It seems that you can sleep well if you put a small amount near your bed that you can smell or not.

PreviousI want to try it on a tropical night! A good sleep method that reduces light sleep and difficulty sleeping
NextIs the height of the pillow the cause of stiff shoulders?