Home >> Food >> How to tell if bacon is undercooked

How to tell if bacon is undercooked 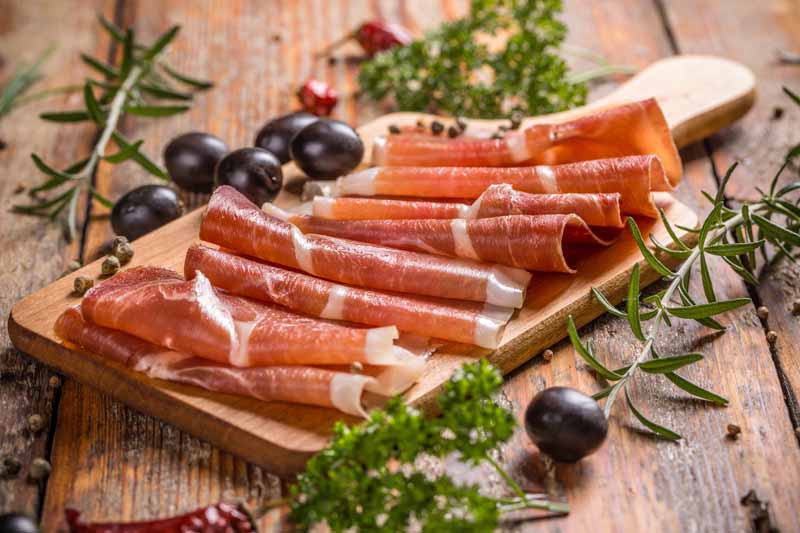 Everyone has their own preferred level of choice when it comes to doneness for their bacon. Some people like well cook bacon and some like little undercooked because of their taste, colour and odour. Here is an article to guide you how to tell if bacon is undercooked or well cooked.

Well cooked bacon are little crispy and turned brown. Cooked bacon will also shrink in size by near about 40% and have all of its fat content burnt out.

Cooking bacon doesn’t required very long time and there is no hard and fast rule for making it because it is fairly easy in cooking as compared to other Chinese dishes. Still because bacon can burn fast so there is patience required and a little training involved to get it make well.

Degrees of Doneness for bacon:

Besides being overly delicious in taste bacon is easy to prepare because there is more than one way to cook it. Bacon can be fried, baked and simmered in water according to what kind of taste you like.

The other important thing is that bacon can be cooked to your own preference level of taste which means that some people like very crispy bacon others might like a little chewy.

Typically the most desired level of bacon is also referred as the doneness of the bacon.

It lies somewhere in between two tastes which are overly crispy and chewy. Soft bacon wouldn’t crumble. Overly cooked bacon will become very hard and in the most extreme case will give blackish texture and at that point the bacon will burnt and it would be no more of use.

One of the main problems while cooking bacon is that it cooks very quickly.

The fine line between the desired level of doneness and overly or undercooked bacon is very thin which leads to some problematic situation.

So it’s best to know before taking start when exactly the bacon is cooked. Luckily there are some easy ways of how to tell if bacon is cooked. Therefore, you can stop the cooking process before it’s too late, or continue so you don’t end up with slightly raw bacon. Choice is entirely yours.

How to tell if Bacon Is cooked? 3 Ways to Tell about doneness of bacons:

Here are 3 indicating factors to help how to tell if bacon is cooked. Number one being the best way as compared to others two.

One of the easiest or quickest indicator to notice is the colour of the bacon.

Obviously the more cooked the bacon would become the darker in the colour. Any blackness in colour is really just burnt meat.

Just another great way of how to tell if bacon is cooked is to notice how much grease has been released from the bacon while cooking.

Good well cooked bacon should be soaked in grease which comes from the fat of the bacon slices. It will also taste yummy as it’s been cooked in its own fat.

Usually, each side of a slice will be covered in a white foamy grease. Once you see the foam form then you might know that it’s time to flip the bacon. If the bacon grease starts to cook away and disappearing then you will know it’s time to pull the food off the stove.

Third way to how to tell if bacon is cooked is size. Like other meat or meat products bacon will shrink in size when it will be cooked. Usual decreasing size is about 40%. This will happen when the fat has been rendered out along with any excess water.

So as a good indication of meat doneness. Notice how much the bacon has shrunk or it isn’t continuing to shrink.

When the fat has rendered out and the bacon is shrunk by about 40% in size, the meat is usually cooked well.

You can also tell while cooking bacon when the slices start to curl and become wavy. This change happens earlier but it isn’t always an indication of the meat being completely cooked.

You can easily master in cooking bacon just by knowing one important rule.

The number one rule of cooking bacon is that cook it on slow heat. Bacon is ruined or destroyed when they are cooked by people rushing the process or on high heat. This process doesn’t take very long to begin with.

You can cook bacon in as little as 5 to 10 minutes but speed is not much important.

Knowing this just remember to start with low to medium heat what suits to someone’s cooking speed.

Do not place cold bacon directly into a very hot pan instead of that bring the bacon up to temperature and little warm bacon before baking. This is important because it takes a little bit of time for the fat to burn out.

So just remember do not start with too hot of a temperature. This is also a good way not to let the temperature run away from you.

When you notice the pan is too hot, because grease is splattering like crazy. It is better to avoid this in the first place.

When you place your bacon in the pan make sure to leave a little room between each slice. That way they aren’t overlapping and can cook equally and evenly.

If you really want to make the best bacon you should use a cast iron skillet as a cooking pot.

Cast iron skillets with a heavy bottom heat spreads heat evenly. As well as becoming seasoned with the bacon grease which is too tasty.

When you are using other pans such as a non-stick aluminium or steel. You will notice there will be hotter spots of cooking over there.

This means some slices of bacon will start to cook faster than others, so you may have to move around while they are cooking.

Just take the ones that aren’t cooking as fast and swap them into the hotter spots so they may cook well.

Also you may use a bacon press also known as a grill press or grill weight. These work better to flatten the bacon completely so every part of bacon cooks evenly. Rather than having just wavy bacon.

There is no such rule of flipping while baking bacon. If you are comfortable then while cooking keep an eye on bacon and keep flipping continuously. But, most recipes don’t require flipping when they are baled in oven.

How Long to Cook?

If you are cooking bacon in a frying pan then you should cook the bacon for about 10 to 15 minutes.

When you are going to bake bacon within an oven instead of frying pan then you can generally cook the bacon for about 30 to 40 minutes.

Bacon should be crispy or not it’s primarily someone’s personal choice but most often crispiness is more preference rather than just a rule. Bacon that is too baked will crumble, which can be useful for a salad topping. If you are going to eat the bacon by yourself then aim for a slight crunchiness. So each bite feels snap instead of tears apart.

One of the method mentioned earlier is to cook bacon. Most common of them all is frying it in a pan on the stove top.

The next popular way in today’s era is using an oven. It takes longer time as compared to frying method but the advantage of this method is that you can cook a lot of bacon at once.

The third way to cook bacon is by putting or simmering bacon in water. Basically you are frying it for cooking but before that you add enough water to cover the bacon. When they are properly dipped in water then bring the water to boil and cook it away.

Once water has evaporated then you should lower the heat and continue to crisp the bacon. The last but not the least point is that it’s one of the best ways to cook bacon. It does take longer time but you reduce the risk of over cooking.

The reason is that once the water has reached the maximum boiling point. The fat in the meat will rendered completely out at a lower temperature. It will be fat free and crispy in taste.

Microwaving bacon is also a really great way. Just remember to not cover completely in paper towel. Just enough to prevent splattering from bacons but also allow steam to escape.

Like any cooking method microwaving has its pro’s and con’s. You can actually get a crispy bacon with a microwave oven method. One disadvantage is that you lose some of the taste because it doesn’t cook in the bacon’s grease as well.

Microwaving is the fastest and least messy way to cook bacon in low time.