How to Fix Undercooked Brownies 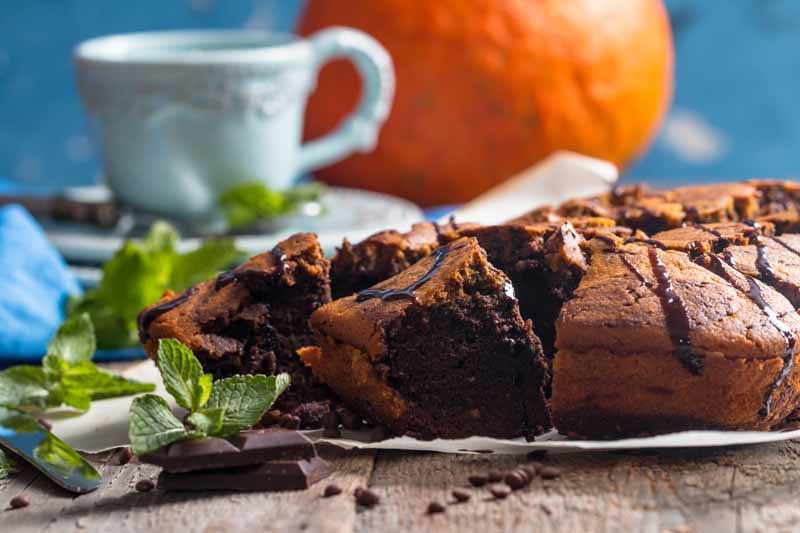 Sometimes, most experienced professionals cook even make mistakes while they are cooking no matter how simple the recipe is of any dish. If you are about to start your baking or cooking journey or just enjoy good home-baked brownies of own hands on a special occasion, you might have some queries regarding how to cook brownies and what to do if you took them out of the oven slightly (or really) under cooked? What to do when they are left undercooked brownies? So, considering your queries and to overcome those problems we are here to guide you how to fix undercooked brownies?

It’s even somehow better to check brownies at time when you are cooking and take them out slightly undercooked to avoid them from burning and further damage. The only problem with this method is that there is a risk of getting brownies dry.

How can you be sure that your brownies are well cooked? How to save them when they are baked well? And can you eat them if they are under cooked or not prepared well yet? What would be impact of undercooked brownies on someone’s health?

How Can You Tell If Brownies are left Undercooked?

When brownies are cooked, you should be capable enough to see their crispy edges. Try it by shaking the pan to see if the middle is still fudge or these are still undercooked brownies. If it seems that brownies are not fully prepared yet then keep them in the oven for some more time.

The best way to check brownies is if they are ready to look for any cracks on the top layer of pan– the cracks are a sign that the middle has been cooked well and is starting to lift and ready to eat.

If you have ever made muffins at home you must have noticed that the same cracking on top layer is seen which meant your chocolate middle had just the right texture. Use this knowledge in further baking endeavours and dishes to get to know quickly about the cooking status of any dish.

It is also important in cooking brownies that you use the right-sized pan or any pot, so if your mixture of brownies is too thick, your brownies will probably need some extra time to get well cooked or will be mushy and remain undercooked brownies if they wouldn’t be provided with suitable  time and environment.

If you notice that the top layer of brownies mixture looks soft or watery then brownies need more time in the oven. It is fairly easy and quick way to notice this coat and estimate about the cooking timing.

If you are in hurry or having less experience in cooking field then instead of wasting time look for shiny little cracks on the top layer and when they appear, bon appetite and switch off your stove and take brownies out of pan.

There are two types of brownies available in the market, fudge and cake. Fudge brownies are used to be softer and moist, so pay attention to the best recipe while you are cooking to avoid them from over baking. They should be dense and thick but not flow. If you prefer caked brownies, use a bit more flour in the mixture to give them a best texture.

Is It Possible to Resume Baking Brownies in the Oven If left Undercooked?

It is completely normal and very possible to resume baking process if you are left with undercooked brownies. In that case, you would have two choices if your brownies come out under cooked. Either let them cool for a while, put them back in the oven, or microwave them for some time if they are only slightly undercooked to make them able to eat.

Be careful. When you put them back in the oven, they still need some extra time to adjust to the heat again. They will not start baking at once. Be patient and give them time to adjust them to new condition.

This is one of the risky part in how to fix undercooked brownies in the way that they can get a little bit dried out due to the change in temperature and in re adjustment.

If your brownies are mushy and you like a bit dry then this is a great option for you. You can even do this if you didn’t make a mistake to get the taste of your own choice.

Simply take them out before they are done, leave them out for a few minutes to cool, put them back, and wait. After that just use the steps we already taught you to check their progress.

Why are Your Brownies Not Cooked in the Middle?

There are a few common mistakes what people do when it comes to brownies and a few reasons why they are left undercooked even if you have provided them with proper environment.

Similarly to those embarrassing moments of microwave cooking (burnt on the outside, raw on the inside), your brownies may come out uncooked in the middle. Here are reasons why does that happened?

Size of pan or any pot which you used for cooking natters a lot. While making brownies you should must use proper size pan. One reason of being left undercooked brownies is that most probably because you used a pan you already have and it is not properly sized for making brownies.

You decided to mix it up and not follow the recipe which was already given on packet. The amount of ingredients is written down over there for you for a reason. Whether you are using a premade mixture or making brownies from scratch, stick to the recipe.

There is one exception – when the cracks appear, brownies are here. So take them out no matter what time the recipe requires. If you will show eagerness in the cooking you will always come up with undercooked brownies.

Your oven has a fan option which is always for fixing temperature and you didn’t adjust the temperature. Ovens make baking faster so make sure your brownies don’t burn on the outside so quickly because the inside will remain raw.

You took them out and didn’t give them time to cool. If you go for jogging and work up a sweat, you will have to sit down for a few minutes to feel relax before taking a shower or getting dressed for a fancy party. Just like you, your dessert needs to cool off before you cut it off to eat.

Avoid the listed above mistakes and learn from them even if they happen in your journey. You will become an expert in brownies in no time if you follow the recipe properly. They seem like a simple dessert to make but every mixture is different, every pan and every oven works in its own way.

Are Undercooked Brownies Safe To Eat?

No matter how tempting it may be or sometimes people like raw taste of brownie or any other dessert then still do not eat raw or undercooked brownies becausethey are very harmful for normal human health. Some people, especially kids or younger ones like the taste of raw cookie dough or cake batter.

It smells soothing and it does have that special taste which you usually can’t get from anything else regardless of the fact how much tasty the other thing is.

Foods that come from nature or animal sources like eggs or meat are in need to be proper thermally treated first to avoid getting infected with that kind of some microorganisms like Salmonella or E. coli because they contain harmful germs which lasts dangerous impacts on human health.

So if you are using eggs for your brownies which you probably do make sure they are not under cooked or ensure there status of cooking.

If you are curious to know that how these infections can influence you or on your normal healthy life than read more about what the Centre for Disease Control and Prevention have to say about these impacts created by microorganisms which are normally found in these packed or raw desserts.

(1). Microorganisms like Salmonella or E. coli  Not only can influence your stomach, but they could also put you on antibiotics or even require immediate medical help in case of severe dehydration caused by distressing symptoms such as diarrhoea, vomiting, and fever.

These infections can in some cases leave you with long term consequences and in some rare cases be lethal like they can make you ceased. It’s quite possible that you have been eating raw cookie dough or undercooked brownies for years and nothing has happened with your health.

It is very easy to contract bacteria, viruses, or even parasites from contaminated food – especially if it comes from an animal source and chances becomes high when it is especially packed or you buy them from store.

(2) While eating anything, if you are left with some extra batter don’t eat it just throw it away. If you are having a sensitive stomach or had issues with infections in the past then there could be possibility that you got infected through these microorganisms sooner as compared to other.

The left batter you could invest in a thermometer and use in your kitchen to ensure your brownies or any other dessert is properly baked or it is still undercooked.

Salmonella bacteria can even be found in raw flour and can survive for a longer period of time, so don’t eat undercooked brownies even if your recipe does not require eggs despite of the diet and the ingredients because some foods are just not made to be eaten raw. Such things should be properly baked first then eat.

(3). Health should be your prime concern even when it comes to simple things such as making brownies eating sweet dishes or taking proteins. As it is normally said that excess of everything is bad. So, while taking anything assure balance between diet. Always make sure you are safe and healthy.

We often care less about our health when it comes to holiday season because we are always in hurry to maximize enjoyment in minimum time. Always stay conscious about your own health wherever you are because health is wealth and everything comes after your own health. Follow the complete recipe and eat proper cooked food to safeguard your health. Related Articles….

PreviousHow Many Ounces is a Chicken Breast
NextHow long can Pizza Dough sit out before cooking?