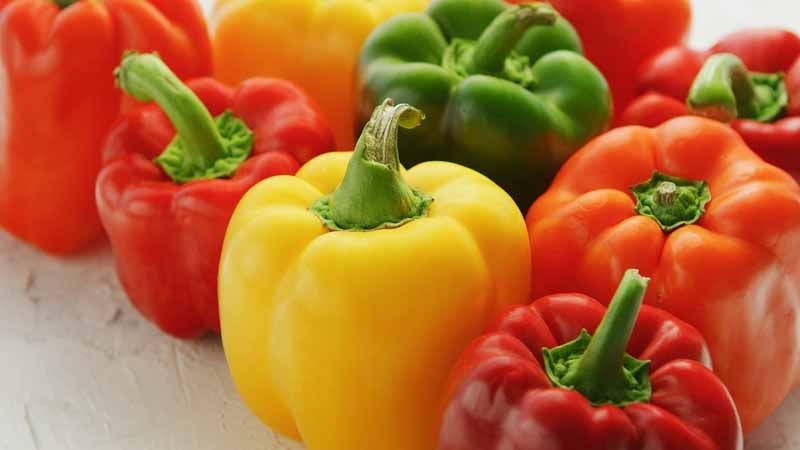 I have a huge craze for eating and cooking peppers in/with vegetables and other food dishes. I like the spiciest food dishes. Well, What about when the black spots inside bell pepper appear? This is actually a problem that raises your concern and required tension to sort out.

No matter, if the peppers are grown in your garden or you have bought them from the grocery store. It is still good to know why black spots inside bell pepper appear and how they can be improved.

It is quite difficult to tell that which is the average life span of peppers because you can dry peppers organically and observe the change in colors of peppers. They will not get a mold for a longer period of time in the right conditions if they are stored properly.

How to tell if a Pepper is bad?

If peppers are placed in most moist conditions then they would be exposed to molding and other pathogens.

In a refrigerator drawer, if peppers are placed with other vegetables.

In that case, Molds and the other exhausting gases from the other vegetables will double this process.

How to tell if a Pepper is bad? One of the very first observations in pepper is the skin of the pepper.

Does its texture is appearing wilted and wrinkly? Is it soft and easy to touch?

Fresh and normal peppers will have smooth and uniform surface/skin.

When the skin turns soggy then the pepper starts to deplete.

This doesn’t mean that the peppers are becoming bad but it’s very near to their end-stage.

One indication of the peppers being bad is, the color of peppers will change. Any black spots inside bell pepper are also a bad sign.

Peppers’ natural color changes when they are matured/ripened.

Bell pepper colors result from the several stages of ripeness.

Remember, a green pepper might start to turn to yellow color then orange then red and in last it will become bad.

Check the main stem of the pepper for any signs of black spots inside the bell pepper.

This is actually the part of the pepper where the stem meets with the skin and mold begin.

If the stem is broken and pepper is mushy then, it is better to cut away that part instead of ruining the whole food.

If the smell of the pepper is different from the original smell then it could be bad.

When you are buying the peppers in a jar or can then check for any kind of leaks or dents. If you have found such a sign then it’s better to throw the peppers outside the home.

Precautionary measures to adopt while growing peppers at home:

If you are growing peppers in your home garden. Sometimes, they begin to form white spots on the outside. This happened because of too much sunlight.

Sun-scald peppers will have white or yellowish spots on the outer surface.

The peppers are normally safe to eat but, you should try to shade them from intense sunlight hours especially in the noontime. Also, try to water them more and expose them to sunlight in golden hours.

Some peppers have black seeds organically/naturally. Black seeds are not due to anything else but the way how peppers are grown in fields.

Can You Eat Pepper Seeds?

Pepper seeds are safe enough that they can be eaten without being injurious to health.

Here is a misunderstanding that, the seeds are the spiciest part of any pepper.

The seeds alone are not spicier instead are the peppers flesh which makes pepper super spicy.

Capsaicin is the chemical that is the main element for the heat in the chili pepper.

This chemical is mostly present in the ribs of the pepper, especially that white layer which looks like fat.

A capsaicin gland is a place where the spice is stored and formed. Sometimes, near the uppermost layer of the pepper.

How long do peppers last?

Peppers will last for a longer period of time in the refrigerator instead of sitting on a counter/shelf.

If you will leave them on a counter then expect to almost last for a week depending upon the ripeness of the pepper.

Green pepper is the earliest stage in the ripening of chilies.

When you place peppers in the refrigerator then peppers can last up to 2 – 3 weeks.

Freezing peppers is the best way, you can freeze peppers for up to a year.

The only problem comes in peppers while thawing them out.

When you will thaw the peppers then they will lose their crunchy skin and taste.

Canning peppers are the best for the longest storage of peppers.

Peppers can last for years if they are canned and stored properly by covering up in canning papers.

Why Do You Remove Seeds from Pepper?

One of the reasons why we remove seeds from peppers is because it is supposed that removing heat will lessen the heat in the peppers.

Basically, the pith is the place where the seeds grow and that is known as the capsaicin gland which is also responsible for heat production.

So, if you are removing the seeds from the peppers then you are actually cutting pith.

The fact is that seeds can carry the residue of capsaicin chemical but they are not as much hotter than pith. So, removing the seed can help in toning down the spiciness from the peppers.

The second reason is the texture/appearance of the seeds.

There isn’t much harm in eating the tiny seeds. They are usually too much tiny to chew or cook alone within any vegetable.

It is better sometimes, to remove the seeds to lower down somehow spiciness from peppers.

Some of the seeds end up over the cutting board while cutting and wind up on the floor without being coming into some use.

Pizza is an exceptional dish where you will find crushed red peppers at most restaurants/food café. Seed in those peppers can be very spicy which taste well on pizza or somehow in soups.

There are a lot more nutritious ingredients included in the pepper than just the size.

Most of the hottest peppers are genetically modified by growers and pepper enthusiasts in the farms/fields.

It is a genetic mutation that leads them to become super spicy in taste.

This is done with the walls of the peppers. Let’s take a ghost pepper, for example, these peppers have very bumpy skin.

In my opinion, this difference makes smaller pepper hotter because the capsaicin gland grows into the pepper with more surface area.

There are a lot more nutritious ingredients included in the pepper than just the size.

Most of the hottest peppers are genetically modified by growers and pepper enthusiasts in the farms/fields.

It is a genetic mutation that leads them to become super spicy in taste.

This is done with the walls of the peppers. Let’s take a ghost pepper, for example, these peppers have very bumpy skin.

In my opinion, this difference makes smaller pepper hotter because the capsaicin gland grows into the pepper with more surface area.

PreviousHow many servings in a 9×13 pan?
NextCan you eat summer sausage casing?