Home >> Business >> Are Corbin seats worth the money and are they popular?

Are Corbin seats worth the money and are they popular? 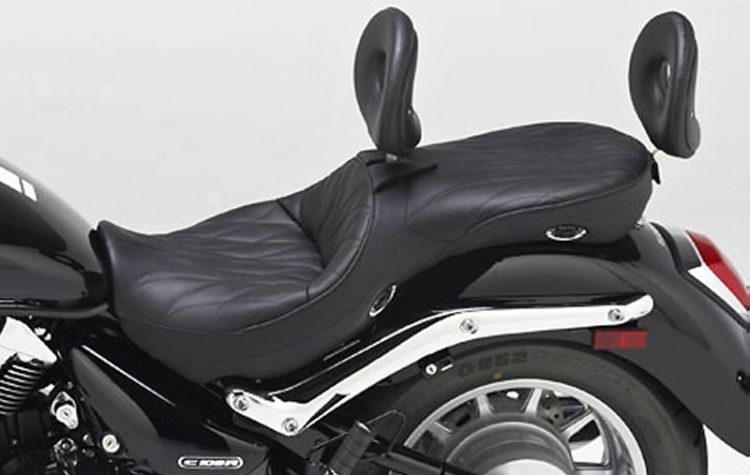 Corbin has been making relief seats since the late 1960s. We’ve put Corbin seats on several of our bikes over the years, from Harleys to dual sport and adventure bikes. And it always impresses us with their quality. Recently, Corbin launched the Fire & Ice seat, which offers both heating and cooling. But the real question is are Corbin seats worth the money?

Corbin has offered optional heated seats for years, but cooling is a different feature. The cooling function is a result of the Peltier effect, a thermoelectric cooling phenomenon in which heat gets transfer between two different conductive materials. When an electric current passes through the Peltier cell, it transfers heat from one side to the other, resulting in a temperature difference of up to 15°-20°. Peltier devices are commonly in use in electric radiators and are ideal for motorcycle use as they have no moving parts or circulating fluid and are durable, small, and have flexible shapes.

Is Corbin Fire and Ice seats worth the money?

Installing the Fire & Ice seat on our 2017 Harley-Davidson Road Glide Ultra was easy. It’s a direct replacement so we were able to keep our stock seat and it includes a pigtail that plugs right into the motorcycle’s fuse box. After installation, we went for a ride on a hot summer day here in Southern California where the mercury was set at 99 degrees Fahrenheit. A single illuminated switch under the left side of the rider’s seat is marked red; up for heating and blue; down for cooling; the middle setting is “off”. With the switch on “cool”, we went for a half-hour drive and the seat was noticeably cooler. At home, we pointed a laser thermometer at the ground and read 99.6°; aimed at the surface of the seat, the reading was 78°.

Unfortunately, the cooling effect was not so noticeable for passengers. On a long weekend drive with my wife, the temperature outside got up to 95°. I flipped the switch to the “cool” position and within minutes I could feel the seat cooling down. Even after
However, after 45 minutes in the saddle, my wife felt no difference.

What do Corbin seats use?

Corbin seats, which use closed-cell Comfort Cell foam, have a reputation for firmer seats than standard seats. This one is no exception. Corbin says the break-in period usually takes 1,500 miles to 2,000 miles. And after 3,200 miles, it’s still pretty firm—a little too firm for my taste. This Corbin is also heavier than my Harley’s stock seat at 8.4 pounds – the Corbin is 17.8 pounds.
While limited passenger cooling is a downside and the firmness of the seat may not suit everyone. Overall the Corbin seats provide good support and can help you stay comfortable all year round. It’s available for the 2009-2018 Harley-Davidson Touring and the 2014-2017 BMW R 1200 RT and starts at 993 dollars.
It debuted in 2017. It is the first motorcycle seat that can heat and cool.

When did Corbin start making heated seats? Are Corbin seats worth the money?

Corbin started making heated seats back in the 1990s, but this new seat is the first to be able to both cool and heat. The new seat relies on the Peltier effect to achieve cooling and heating. A simple explanation of how this works is that when an electric current passes through a junction between two materials, heat is either absorbed or radiated. The Fire and Ice Saddle retailed for about 900 dollars at launch.

Is this process highly organized?

The process is highly organized. It can start with making an appointment. When the owner arrives, a Corbin seat gets place on the bike for the owner’s test ride on the prototype model. The owner then tells the technician what changes they might want to make. Several test rides may take place to determine how to make the seat as comfortable as possible and eliminate problem areas. After the assembly process is complete, they individualize seats and customize them for each customer.
A company is not complete until the customer has exactly what works. Riders have the opportunity to ride 10 to 15 thousand miles to make sure the seat is exactly as it should be. Some owners have brought in as many as 15 bicycles to have Corbin make custom seats for them.